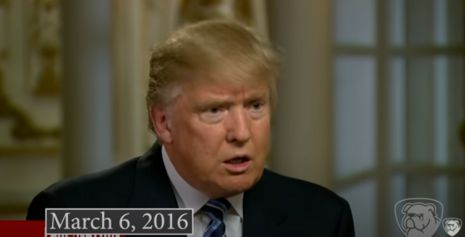 The next time you hear some liberal journalist solemnly demand that Donald Trump reject the KKK, David Duke and bigots of all stripes, remember that he has. Over and over. But it’s never enough for hack journalists who pretend the President hasn’t condemned hate.

Here are a few examples of Trump doing just that:

“David Duke is a bad person who I disavowed on numerous occasions, going all the way back to 2000.

If that wasn’t enough, watch this video and see it happen 19 times.

Oddly these same journalists don’t demand that Joe Biden repeatedly denounce Antifa. Have you heard them call on the Democrat’s campaign to fully explain his false claim that Antifa is an “idea not an organization”?

The next time you see journalists, or some friend on Facebook ask why Trump hasn’t condemned hate, show them this MRCTV video!