In Hollywood’s continuing attempt to eat itself through wokeness, the Academy has finally released a new inclusion initiative needed to qualify for the Oscars. If you’ve been thinking movies have become unwatchable now, just wait until they meet Academy standards. 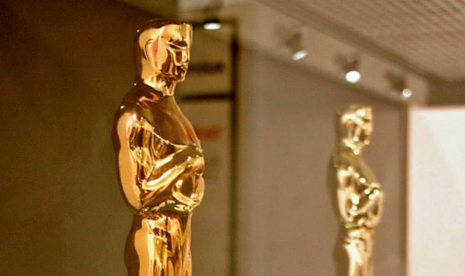 On September 8, the Academy of Motion Picture Arts and Sciences announced new representation and inclusion standards for Oscar eligibility as part of its Academy Aperture 2025 initiative. According to the initiative, filmmakers will now be required to submit a confidential Academy Inclusion Standards form to be nominated for Best Picture for the 94th and 95th Oscars ceremonies. However, they will not be required to meet all the inclusion thresholds in the form until the 96th Oscars in 2024.

What exactly are these requirements? From the looks of things, they seem to be Hollywood’s version of racial quotas. Now, a movie must not only be good (though that’s been debatable in recent years), but it must also prominently feature “underrepresented” groups in some way, shape, or form.

Here is the breakdown for just one of the standards films will need to fulfill:

To achieve Standard A, the film must meet ONE of the following criteria:

A1. Lead or significant supporting actors

At least one of the lead actors or significant supporting actors is from an underrepresented racial or ethnic group.

Native Hawaiian or other Pacific Islander

Other underrepresented race or ethnicity

At least 30% of all actors in secondary and more minor roles are from at least two of the following underrepresented groups:

People with cognitive or physical disabilities, or who are deaf or hard of hearing

The main storyline(s), theme or narrative of the film is centered on an underrepresented group(s).

People with cognitive or physical disabilities, or who are deaf or hard of hearing

There are three other standards listed in the full breakdown. Films will need to fulfill a minimum of two to be qualified for the Best Picture category. Of course, Academy President David Rubin and CEO Dawn Hudson praise this move in their joint statement saying, “The Academy is committed to playing a vital role in helping make this a reality. We believe these inclusion standards will be a catalyst for long-lasting, essential change in our industry.”

Change is certainly coming, but not for the better. Leftists have been complaining for years about how “White” and “problematic” the Oscars have been, but they have nothing on how problematic this list sounds. Films with mostly white casts like the World War I film 1917 or the Netflix drama The Irishman will likely be excluded in favor of angry liberal directors like Spike Lee. The racial quotas will inevitably lead to the whines of “tokenization” despite being unethical anyway, so that will all be for nothing. Finally, some smaller film companies will probably never be considered without the clout or money of major studios to fulfill these standards. How’s that for celebrating film?