On Monday, NPR’s Morning Edition summed up the Biden campaign almost exactly in the way the Biden campaign would like. Political reporters Asma Khalid and Scott Detrow took turns explaining how Biden placed a bet on a campaign on “character” and a return to normalcy, and there was no time or space to explore how the Biden family’s foreign lobbying hi-jinks in Ukraine or in China might factor in.

Their online headline for the story was “Can Joe Biden’s Campaign Message Carry Him Over The Finish Line?” It sounded more like NPR trying to carry Biden over the finish line. 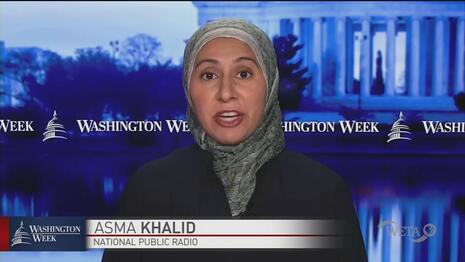 ASMA KHALID: Joe Biden entered this presidential race relatively well-known and well-liked, thought to have the best shot at defeating Donald Trump in a general election. Still, he faced plenty of skeptics along the way. He spoke of empathy and bipartisanship at a moment when many Democrats were demoralized and many Republicans were angry. And yet, he’s done exactly what Doug Thornell says a good campaign ought to do. Thornell is a longtime Democratic strategist and ad man.

KHALID: Here’s Biden in April of 2019 kicking off his campaign.

BIDEN (AD): But if we give Donald Trump eight years in the White House, he will forever and fundamentally alter the character of this nation.

KHALID: And here he is in a closing ad last week.

BIDEN: Character’s on the ballot, the character of the country. And this is our opportunity to leave the dark, angry politics of the past four years behind us.

KHALID: Despite calls for purity tests from his fellow Democrats, and then later accusations from Republicans that he was too old and too corrupt, Biden has largely stuck to the same message.

Oh, there’s that one mention of Biden being “too corrupt,” but who needs to explain why they would say that?

They noted “For most of 2019, the Democratic primary seemed like a race to the left,” but Biden stuck to a “normal” Democrat message somewhere to the right of Bernie Sanders: 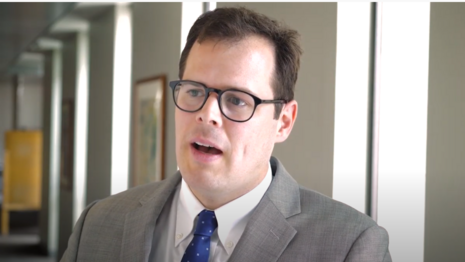 SCOTT DETROW: He didn’t ditch the message and insisted on waiting for a broader, more diverse slice of the party’s base to weigh in. That’s why on the night of the New Hampshire primary, Biden was already in South Carolina talking about – yep, you guessed it.

BIDEN: But I learned hate doesn’t ever go away. It just hides. It just hides. And, folks, this president has done nothing but breathe oxygen into that hate and bring them out from under the rocks.

DETROW: The bet paid off. After a big South Carolina win, Biden came close to sweeping the rest of the primaries. It was the fastest effective end to a Democratic primary since 2004. But just as Biden was locking up the nomination, an unprecedented pandemic swept across the country.

KHALID: Suddenly, with the uncertainty of COVID-19, Biden’s message of a return to normalcy had a new resonance. He spoke about trusting scientists as the president downplayed the virus. And it wasn’t just what Biden was saying, it was how he was saying it. As the death toll ticked up, Biden spoke to people’s fears.

BIDEN: I and many of you know what loss feels like. When you lose someone you love, you feel that deep, black hole opening up in your chest. And you feel like you’re being swallowed into it.

KHALID: During the presidential debates, Biden had this habit of turning to the camera to speak directly to viewers about COVID and loss. The president mocked him.

That was the extent of Republican voices in this triumphant narrative — as a straw man of mockery of people mourning losses from COVID.

Khalid wrapped by touting Biden’s message discipline, which is fairly easy when outlets like NPR aren’t asking challenging questions: “Biden closes this campaign sounding essentially like he did at the outset. He and his campaign have been remarkably disciplined about staying on message. Now, on Tuesday night, he’ll face the biggest test of whether or not voters actually wanted that message.”