The Most Bizarre Presidential Address In American History- Creepy Joe, Resident in Chief

Obey, or we will lock you down again! 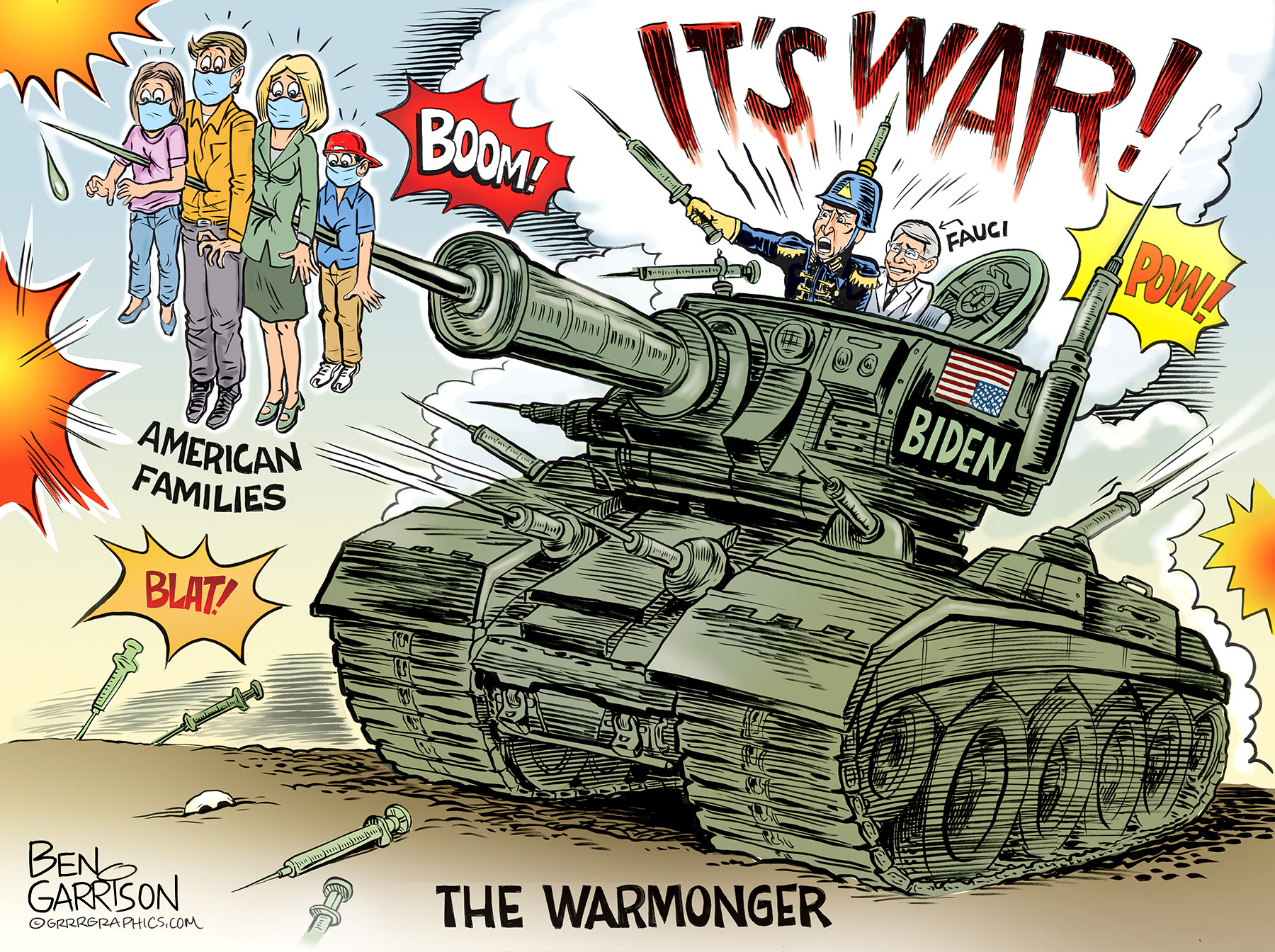 Joe Biden declared war on America. Yeah, he meant a war against the coronavirus, but it’s always a bad sign when our politicians declare war on anything—a war on poverty, a war on inflation, a war on drugs. These expensive wars are in addition to the never-ending real wars. The American taxpayers are always expected to fall in line. Salute the loss of your liberty!

In this new war, citizens will lose the right to control what goes into their bodies. It’s a war against a virus and Big Government now decides what gets forcibly jabbed into your bloodstream. Don’t question the dangerous and experimental substances that will race throughout your body. Trust General Joe.

During his speech to the nation, General Joe urged all Americans to get shot. Er, get ‘the’ shot. The COVID-19 vaccination, that is. Getting the jab is one’s patriotic duty. To get your freedom back you must first lose it. Joe assured us the vaccines were effective and safe. Except for those who dropped dead shortly after getting the jabs.

Once we all get the needle, then and only then will there is a chance we might be able to participate in a small family gathering later on The Fourth of July. As long as we continue to social distance and wear our masks. How generous of Joe! If we win the battle by getting vaccinated, we just might be able to get some of our Constitutional freedoms back!

China Joe said we all need to come together as a nation and take the vaccines. Joe said he knows they are safe because Dr. Fauci told him so. We should also trust Field Marshal Bill Gates. He and Fauci know what’s best for us as we march off into their world of mandatory and endless vaccines. There have been countless stories of people dropping dead or getting dreadfully ill right after getting the shots, but they are heroic casualties of war.

Another casualty will be our freedom. Joe’s regime no longer wants us to make medical decisions for ourselves. Our bodies will belong to the Big Pharma. We won’t be able to travel, attend public events, or even go to the grocery store without proof of vaccination. That ‘papers please’ thing can get complicated, so to make it simple Joe will inevitably promote a microchip next, which will contain easily scannable evidence that proves we’ve done our patriotic duty.

We at GrrrGraphics are anti-war. We will not be taking any vaccines pushed upon us by a corrupt, senile puppet of the centi-billionaire ruling class. We’re going AWOL, Joe.