All countries have sociopathic predators who crave political power. It’s a drug to them. Our Founding Fathers knew this and so they designed a government with checks and balances to help thwart the power-hungry. 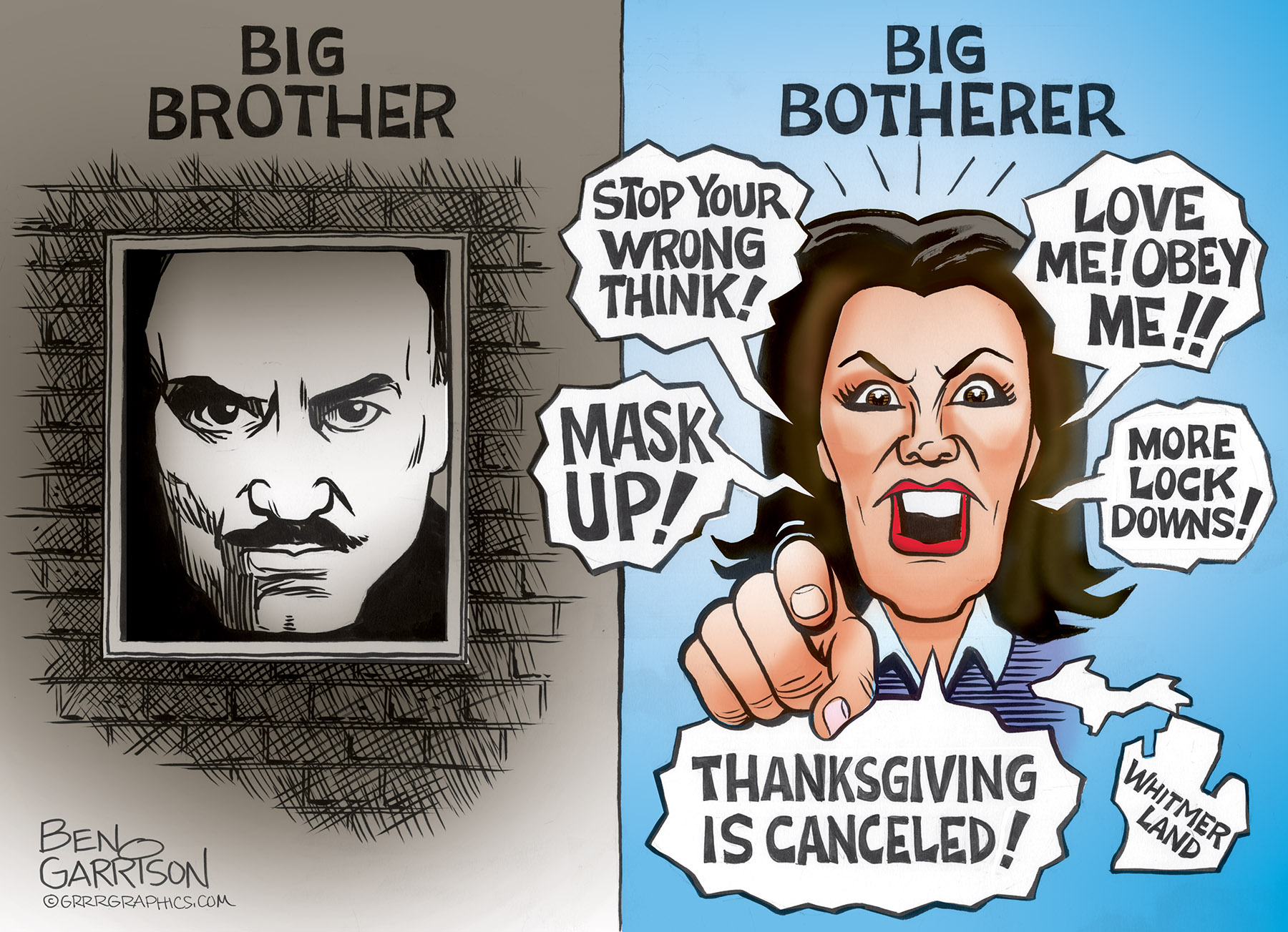 They depended on an informed citizenry to vote out the predators and vote in sound statesmen. The predators have thwarted this by taking over the mass media, which feeds the citizens a steady diet of lies and propaganda. When that began to fail, they rigged the vote.

These would-be Big Brothers and Big Sisters are now transforming into their final rotten form as a result of COVID-19. Especially among the big blue state governors. I am of course referring to tyrants such as Gavin Newsom, Jay Inslee, and in the case of my cartoon, Gretchen Whitmer.

They claim they’re out to protect us as they lock us down, make us wear masks, and destroy our jobs. It’s for our safety, they say. It’s for our own good! They claim they are protecting lives, but is it really worth living under a high-tech prison camp with mandatory vaccines, a social credit system, no public gatherings, no freedom of movement, and no freedom of speech?

After Gavin Newsom preached the usual mask-wearing and social distancing pap, someone took a photo of him out at a fancy restaurant with a lot of people.

There was no social distancing and none wore masks. Gavin had a big smile on his face. Mask wearing? He couldn’t be bothered. He’s happy to bother his own citizens, though. Pelosi and Fauci are the same way. The predators are all hypocrites.

Speaking of the diminutive doctor, Fauci recently said Americans should forget about their spirit of independence and “do what they’re told.”

We need to start resisting predators such as Fauci and Whitmer. They’re not helping us ‘stay safe.’ They’re merely gorging on power.

As a famous First Lady once said, “Just Say No.”