“Snubbed by Facebook for what should have been a historic debut with the interview of her father-in-law, former President Donald Trump, Lara Trump has taken her new online show to the alternative platform CloutHub,” Washington Examiner reported April 1. Lara Trump’s show, “The Right View with Lara Trump,” quickly became one of the top channels featured on CloutHub’s channels page. While the interview with Donald Trump is available to watch at any time, fans who wish to watch future episodes will have to tune in while she is broadcasting.

Facebook allegedly removed Lara Trump’s interview with the 45th president and warned “further content posted in the voice of Donald Trump will be removed and result in additional limitations on the accounts.” Lara Trump responded with disbelief on her Instagram: “…and just like that, we are one step closer to Orwell’s 1984. Wow.” 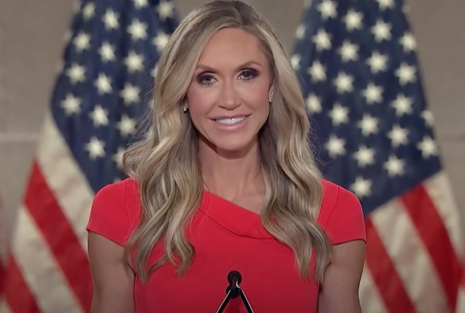 Meanwhile, CloutHub has declared war against Big Tech and launched its own alternative video hosting service to protect its members from censorship.

CloutHub founder Jeff Brain said in a March 25 press release that he looks forward to Big Tech censorship being solved for good. “Big Tech has been a major problem for many years – and it’s great to see that lawmakers on both sides of the aisle are taking this matter seriously,” he explained. “The problem, however, is that our politicians are divided about what to do next. While some propose regulations on Big Tech, others are pushing to give mainstream social media companies even more power to censor the American people.”

CloutHub’s website described the company as “a non-biased platform. We support free speech and protect your privacy. We don’t data-mine, track, or sell user data. We don’t suppress your reach or manipulate what you get to see. We empower our members to influence the issues they care about.”

CloutHub has attempted to distinguish its platform from other social media. The platform touts itself as being “[d]esigned for civic, social, and political empowerment and engagement with the tools and resources you need to influence the issues you care about.”