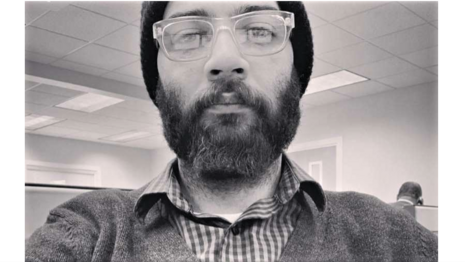 Rory Linnane of the Milwaukee Journal-Sentinel reported that Daniel Thompson, who said he was the only full-time black journalist at The Kenosha News, resigned last Saturday in protest of an online headline he called “grossly negligent” about a rally for Jacob Blake’s family.

The headline that topped the Kenosha News website for several hours quoted an unnamed participant: “Kenosha speaker: ‘If you kill one of us, it’s time for us to kill one of yours.’”

Thompson, who had attended the event, “said he felt it was dangerous to headline the quote, which didn’t represent the event or the messages from the family and other speakers.”

The digital editor quickly contacted Bob Heisse, the top editor of the newspaper, to explain his displeasure with the title.

“How much damage can a headline like that do in hours in a city where two people were already gunned down because of high tensions?” Thompson asked the Journal Sentinel reporter.

However, Heisse disputed Thompson’s claim. “Nothing was wrong,” the top editor stated. “I just felt after a while that I would just change the headline.”

“At the core of my decision was one person: Jacob Blake,” Thompson added. “In that moment, I could not, one more time, not say anything. So I didn’t. I didn’t stop myself.“

Thompson texted Heisse about his concerns before stating: “I need to calm down, but I wanted you to know immediately.”

The top editor replied: “Yes, you should calm down. That is a public threat, and it is an exact quote. At a rally that was to that point totally on message.”

“Then I quit,” Thompson wrote. “I was there the whole time. I can’t stand for that.”

Thompson, who was hired in 2017, said “When I quit my job to do what I thought was right, I did it with the full chance of free-falling for however long,” he said. Thompson then set up a GoFundMe page with a goal of $5,000 but the site has already raised $20,000.

Since then, Thompson said that he has heard from journalists across the country. “What happened at the Kenosha News is not an isolated case,” he said. “This is happening in newsrooms everywhere.”

“What you’re seeing is journalists of color feel more empowered to speak up and tell their truth, a truth that’s happened for decades,” she said.