Cable news evenings are filled with elitist jerks who get on to say horrible things about freedom-loving Americans without much consequence. But former California Governor Arnold Schwarzenegger’s recent live comments telling a portion of America, “screw your freedom,” are seeing some pushback from the bodybuilding community. 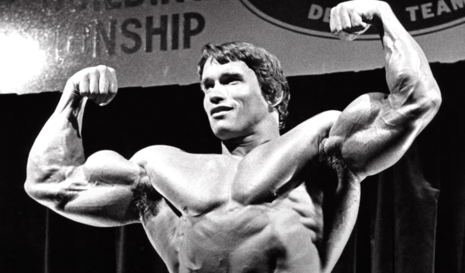 Bodybuilding supplement and lifestyle company REDCON1 didn’t take too much of a liking to Terminator actor’s over-the-top TV attacks on Americans who refuse to get the vaccine. REDCON1 founder Aaron Singerman has since decided to terminate his company’s sponsorship of Schwarzenengger’s bodybuilding events and conventions.

Stick that in your “stogie,” Ah-nuld, and smoke it!

In a video posted to YouTube on August 16, Singerman stated, “After much deliberation, we have decided at REDCON1 to no longer sponsor the Arnold Classic or any of the Arnold events around the world, and also no [longer] attend the Arnold events.” Well that’s a shame for the former Mr. Universe and his classic bodybuilding brand, but his recent comments were pretty shocking.

During a recent segment with CNN, where the former governor was invited on to speak with Trump impeachment mascot, retired US Army Lieutenant Colonel Alexander Vindman, and network pundit Brianna Golodryga, Schwarzenegger lost it over people who choose not to get the COVID-19 vaccines. He told them “screw your freedom,” and went on a rant about how freedom requires “obligations” and that wearing a mask or getting vaccinated is the obligation in this circumstance.

And for good measure, Conan the Authoritarian added that anybody that disagrees with him is a “schmuck.” Well, we’re glad that Schwarzenegger’s freedom of speech brings with it the “obligation” to insult and demonize other Americans.

REDCON1’s Singerman described how inappropriate the actor’s comments were, saying, “when somebody says ‘screw your freedom’ I can’t, and REDCON1 can’t in good conscious continue to spend, you know hundreds of thousands of dollars sponsoring that person or show with a name honoring that person.”

The entrepreneur mentioned how these statements were the last straw, and that his company had continued sponsoring Schwarzenegger strength conventions only because they’ve been overlooking several of Ah-nuld’s antics for the past few years.

At the time, the former governor likened the event to Kristallnacht, the first major Nazi pogrom against German Jews which occurred in 1938. The event marked the beginning of the worst the Jews suffered under Hitler’s regime. Of course that was an insane statement on Arnold’s part. Also isn’t it ironic that Arnold gets to publicly smear rioting conservatives as Hitlerian but then go on CNN and mock Americans’ freedoms?