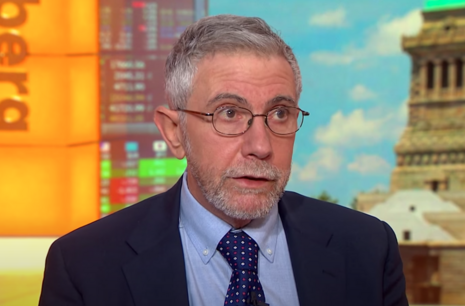 Sounds like Krugman may have been watching too much Star Wars.

Promoting a Times article headlined, “Charles Koch’s Big Bet on Barrett,” Krugman tweeted: “This analysis got somewhat lost in the shuffle, but Charles Koch is going big for Barrett — not bc he hopes she’ll destroy Roe or the ACA, but because he hopes she’ll destroy the planet.” Krugman wouldn’t stop, and immediately tried to explain the logic behind that bonkers idea: “That is, the most consequential effects of a stolen R court majority may not be on health care or right to choose — important as they are — but on gutting environmental policy. And the survival of civilization seems to me more important than imaginary norms.” [Emphasis added.]

Krugman doesn’t clarify what he means by “imaginary norms,” but an idea like this can’t be expected to make much sense. 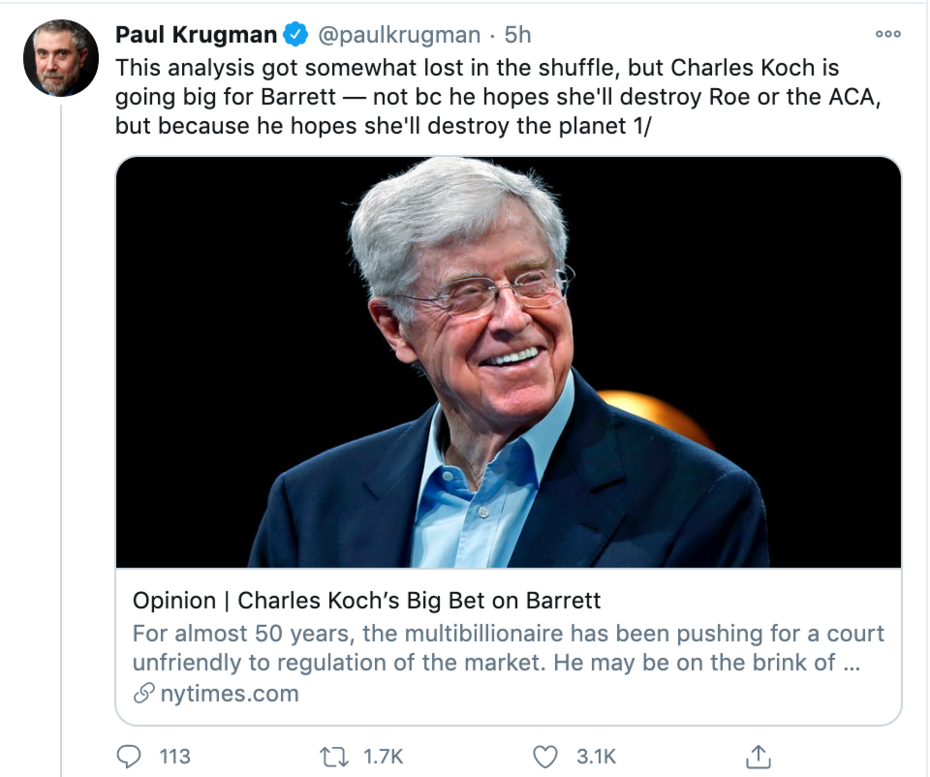 But Krugman wasn’t finished. He pushed another conspiracy theory on the Court should Democrats take control of both the White House and the Senate in November:

A further thought. My guess is that if Ds take both the WH and the Senate, the stolen court won’t overturn Roe or the ACA, which it knows would lead to quick court expansion. Instead, it will save its ammunition so it can engage in sustained sabotage of environmental policy, [emphasis added.]

Did Krugman miss The Wall Street Journal’s recent reporting on U.S. environmental policy? According to The Journal, “it’s worth highlighting a new Energy Information Administration report that shows how fracking and competitive energy markets have done more to reduce CO2 emissions over the last decade than government regulation and renewable subsidies.” But here’s the kicker:

President Trump pulled out of the Paris Climate Accord and eased the Obama-Biden Administration’s economically destructive climate regulations, and the U.S. is still leading the world in CO2 reductions.

Promoting conspiracy theories on Twitter is just par for the course for Krugman. In June, when CNBC reported that “Employment stunningly rose by 2.5 million in May and the jobless rate declined to 13.3%,” Krugman speculated that Trump may have coerced the Bureau of Labor Statistics (BLS) to fudge the numbers.

Conservatives are under attack. Contact The New York Times at 800-698-4637 and demand it tell Krugman to stop promoting baseless conspiracy theories about Judge Barrett.