Breaking Bad star Bryan Cranston thinks the left’s efforts to shut down dissenting or unwoke opinions has been getting out of hand. Last week the actor slammed “cancel culture” and expressed his hope that the new year would bring forgiveness for people making ideological mistakes. 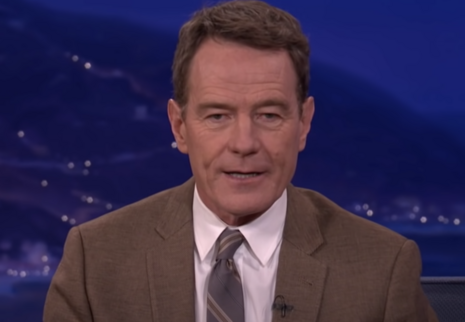 Now that Twitter has removed President Trump and many, many conservative accounts from its social media platform, and encouraged others to do the same, Cranston’s words take on an ever greater urgency.

In an interview with the Associated Press on January 5, the Emmy Award-winning actor behind Walter White made the case that “Cancel Culture” is now making for a culture that is “coarser” and “less forgiving” than it once was.

“We live in this ‘cancel culture’ of people erring and doing wrong — either on purpose or by accident — and there’s less forgiveness in our world,” Cranston told the outlet;  which is funny because many the woke proponents of cancel culture on social media consider themselves to be warriors for tolerance.

Cranston stated, “I think we’re unfortunately in a coarser environment. I think our societies have become harder and less understanding, less tolerant, less forgiving.” Well, he would be right. There are innumerable examples of people who lefties have tried to ruin professionally for not subscribing to leftist groupthink, like The Mandalorian’s Gina Carano. Even high profile lefties like Harry Potter author J.K. Rowling have had their reputations dragged for saying one thing contrary to constantly evolving leftwing talking points.

To put it more bluntly than the Breaking Bad star, if you make one slip up in parroting the leftwing narrative, you’re screwed. And apologies rarely ever work. The actor asked, “Where does forgiveness live in our society? Where can we accept someone’s behavior if they are contrite, if they are apologetic and take responsibility?”

Seeing as wrongthink attracts the wokemob just like carrion attracts wild scavengers to completely devour its remains, there’s little hope for redemption for these heretics.

Cranston urged the need for society to drop the act of “creating more fences,” which only serve to communicate, “you’re out, you’re in. That’s it. You make one mistake: Gone.” The actor added, “I think we need to take a second look at that, exhale, and realize that asking forgiveness and receiving forgiveness are not weaknesses but are human strengths.”

Cranston’s right, though only a week later and his words can be seen as an even more desperate warning as cancel culture yielded its highest single body count yet.  The amount of leftists who cheered when President Trump and many of his supporters were removed from social media was a disturbing sight. No matter how much people disagree with their words or actions, cutting out people only entrenches the division and stokes the anger.