Cancel Culture Is Back For More: Chris Pratt & The Case of the Fake Tweets Usually, the cancelation police find new ways to be offended but this time they literally made stuff up. 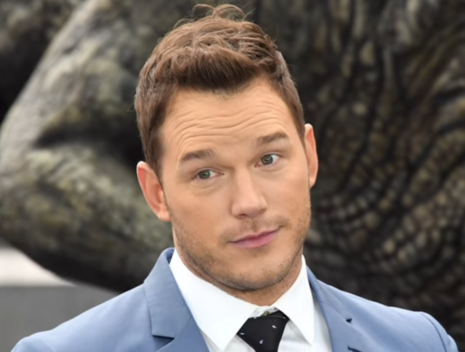 On Feb 3 #ripchrispratt began trending on Twitter after one user accused Chris Pratt of racist and islamophobic tweets he didn’t even write.

Twitter user @CATGRLISM posted what appeared to be three screenshots of tweets directly from Pratt’s feed. One of the tweets she posted claimed he wrote “Calling another nigga a “nigger” is hilarious idc.” Another fake tweet in circulation alleges Pratt said “Muslims scare me so much!!!”

The racist tweet was found alongside two of Pratt’s real tweets. One tweet commented on how skinny the 2012 Miss Universe contestants looked, and another acknowledged how funny it is that Bank of America pens are made in China.

I feel like somebody smarter than me could make a joke about this. pic.twitter.com/LD8ohQHi

The racist tweet is pretty obviously counterfeit as it has the same date, timestamp, number of retweets and number of likes as Pratt’s real tweet about the Miss Universe women. A more subtle clue is the fact that the Twitter handles in both fake tweets are in a bolded font, something real tweets do not replicate.

The offensive tweets are not traceable to Pratt’s feed and while some insist Pratt deleted the tweets the actor maintains the tweets never existed in the first place. A spokesperson for Pratt told TMZ  “Chris never tweeted the offensive things that are being circulated today. Any suggestion that he did is not only totally false but also defamatory.” Twitter confirmed this in a statement saying that they “strongly believe these [tweets] to be fake” and the platform added a warning of “strange activity” to @CATGIRLISM’s profile page.

The left has tried to cancel Pratt several times now as he has been criticized for both his faith and his unconfirmed but assumed conservative political views. In 2019 Pratt was labeled “anti-LGBTQ” because his church believes marriage is only between a man and a woman. And although Pratt is quiet about his political beliefs many presume he is conservative because he was caught wearing a “don’t tread on me” T-shirt and last October he missed an Avengers cast fundraiser for the Biden campaign.

After the campaign incident, Pratt was deemed “the worst Chris in Hollywood” by popular Twitter vote and it seems the fake tweets on Wednesday gave many people a free reason to cancel a man they already hated. The silver lining to this failed cancellation attempt is that a great many truth-loving avid Twitter users immediately noticed the fake tweets and saw them for what they are — a baseless cheap shot at an innocent man.