It’s a wonder if there’s ever an end to the hundreds of millions Bloomberg News owner Michael Bloomberg is willing to bleed through in his attempt to buy the 2020 election for Democrats. 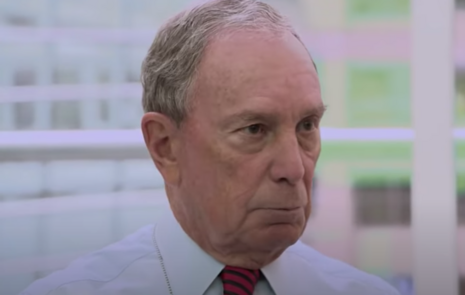 The Washington Post reported that the failed billionaire 2020 presidential candidate is now slated to “spend at least $100 million in Florida to help elect Democrat Joe Biden.” In other words, Bloomberg is willing to spend nine figures just on one state if it means beating President Donald Trump. The Post stated that this was “a massive late-stage infusion of cash that could reshape the presidential contest in a costly toss-up state central to President Trump’s reelection hopes.”

The new “spending will focus mostly on television and digital ads” in both English and Spanish. “Bloomberg’s aim is to prompt enough early voting that a pro-Biden result would be evident soon after the polls close,” The Post said. “Florida, unlike other swing states, reports almost all early ballots shortly after voting ends.”

But that’s not all. Bloomberg’s anti-gun group Everytown for Gun Safety, “has pledged to spend $60 million on elections this cycle.” Bloomberg had also pledged $60 million in August to help Democrats strengthen their majority in the House of Representatives.

It’s also on top of the more than $1 billion he spent on his failed Democratic presidential campaign, the $18 million he shifted from his failed campaign to the Democratic National Committee and the $35 million pledge he made to fund the data consulting firm Hawkfish to help Democrats.

Bloomberg’s advisers “said Bloomberg is hopeful that his commitment will push other wealthy Democratic donors to further open their pocketbooks for other states in the final months of the campaign,” according to The Post. [Emphasis added.]

The Post said that “[i]n many states, the first reported votes are more Republican, but the numbers turn more Democratic over time as more mail-in and early votes are added to the tally.” [Emphasis added.] Could this be why the left has been adamant about pushing mail-in voting?

Bloomberg appears to have not learned his lesson: An unheard-of amount of election spending didn’t win him the Democratic nomination, and it certainly won’t guarantee a preferred election outcome in November.

Contact Bloomberg News at letters@bloomberg.net and demand it release a statement isolating itself away from its owner’s leftist political activities.