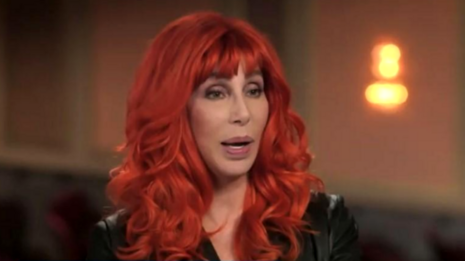 Like many other liberal performers in Hollywood, Cher has been losing her mind as the November 3 presidential election has drawn ever nearer and taking out her unhappiness on Donald Trump.

Her latest attack on the President came Wednesday, when the wealthy 74-year-old actress and singer tweeted that if the “Supreme Leader” won a second term in the White House, “we’ll never see another election by the people.” 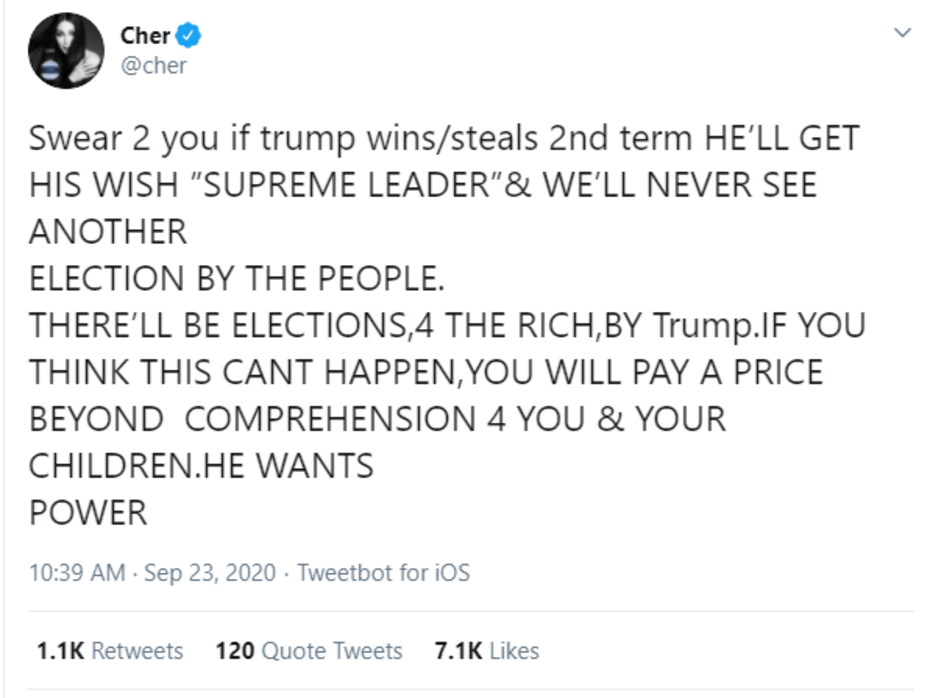 According to an article posted on Wednesday by Tyler McCarthy, of FoxNews.com, the singer “is rarely shy about voicing her distaste for Trump and his administration on social media.”

(Editor’s Note: The grammar and capitalization from the tweets are original to what Cher wrote in her post.)

McCarthy quoted her as stating:

Swear 2 you if trump wins/steals 2nd term HE’LL GET HIS WISH ‘SUPREME LEADER’ & WE’LL NEVER SEE ANOTHER ELECTION BY THE PEOPLE. THERE’LL BE ELECTIONS 4 THE RICH BY Trump.

IF YOU THINK THIS CANT HAPPEN, YOU WILL PAY A PRICE BEYOND COMPREHENSION 4 YOU & YOUR CHILDREN.HE WANTS POWER.

Of course, it came as no surprise that Cher had previously told Billboard magazine that she plans to vote for Joe Biden, whom she described as an “honest man.”

“I like Joe. I’ve known Joe for a long, long, long time,” she stated. “I had a meeting once with him and I thought: ‘You know what? This is an honest man.’”

As NewsBusters reported in May of 2019: Cher at that time tweeted she would like to see President Trump arrested and thrown in prison, where he could be sexually assaulted by a fellow inmate. Even though the wealthy performer received a negative backlash from that post, she nevertheless has refused to apologize for it.