Ah, feminists — they’re all class and empathy. Sorry for the joke. We all know they often are the most vulgar people in the world. When it comes to dealing with pro-life, conservative women vying for SCOTUS positions, feminists like Jill Filipovic refuse to apply their convictions and end up hitting these pro-life women with sexist attacks all the same. 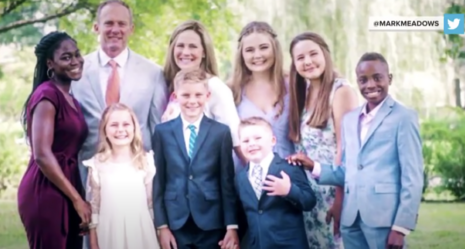 During the first day of her Supreme Court confirmation hearings in front of the U.S. Senate, crazed feminists Jill Filipovic, Helaine Olen and Lauren Hough smeared Amy Coney Barrett’s femininity. Just like the treatment Democrat African Americans give to conservative blacks, AKA “race traitors,” these blue-check feminists acted as though Barrett’s femininity was wrong.

Jill Filipovic, the feminist author and Washington Post contributor who is so pro-woman that she has asked females to divorce their “republican husbands” in order to preserve sexual equality, made a cynical attack on Barrett’s accomplishments as both a successful career woman and mother to seven children.

According to Filipovic, being both isn’t a huge feat of femininity but an accomplishment merely meant to benefit the GOP patriarchy. She tweeted, “It does seem telling that the Republicans who have spoken so far have emphasized Amy Coney Barrett’s fertility and family size.” Yeah, so?

“It’s almost like the message is, ok you’re a very successful Career Woman, but you’ve justified your selfish ambitions by having seven kids so it’s ok,” the feminist added, as if it’s impossible for anyone to genuinely be impressed by both facets of Barrett’s life. But again Republicans hate career women of course.

“I’m sure she’s a great mom!  I’m sure she’s better than me! (I can barely manage 2 kids, never mind 7). But she’s not getting voted into a parenting position. Let’s move on.” Olen added. Though we are sure that if ACB was pro-abortion, Olen would’ve welcomed the SCOTUS nominee showing the entire Senate Judiciary Committee the family photos she keeps in her wallet.

Feminist author Lauren Hough uttered the most disgusting, sexist insult towards Barrett imaginable. She tweeted, “It’s a very weird thing to watch these old creeps congratulate a handmaid on her clown car vagina.” Wow. That is vile.

Hough also added “You can tell a lot about how a judge will rule by her fertility so I’m glad she’s already proven hers because the cervix check really shouldn’t be done live.” These women are pretty hateful, and are proof that feminism excludes and even hates conservative women.