CNN’s Brian Stelter Whines: Big Tech Not Even Doing 1/10th What It Should CNN’s “Reliable Sources” host Brian Stelter declared that Big Tech’s recent purges are “not even doing one-tenth of what they should be doing” to censor conservative “disinformation.”

On the latest episode of BBC Radio 4’s “The Media Show,” Stelter participated in a panel discussion about the explosive Big Tech response to the scandalous Hunter Biden bombshell report by New York Post.

“They are trying to play catchup. Nobody I don’t think here [on the panel] is going to try to defend the platforms. The platforms screw up all the time. They make wrong choices all the time, and they’re barely cleaning up the sewer that they have allowed to exist,” Stelter quipped on “The Media Show.” Washington Examiner Chief Congressional Correspondent Susan Ferrechio drew liberals’ ire on the panel by addressing “Democratic operatives” in Big Tech, according to the same article. 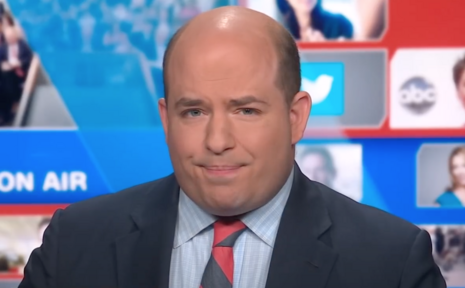 Even BBC News media editor Amol Rajan asked Stelter whether Big Tech companies are  “picking and choosing” what to censor and whether they are using “editorial judgment as to what should and shouldn’t be in the public domain.”

Stelter responded by acknowledging and praising Big Tech companies for “acting more and more like the newsroom.”

Stelter showed his hand when he acknowledged that “honestly, they’re not even doing one-tenth of what they should be doing.” Stelter justified his call for more censorship by claiming, “There’s a lot more indecency and ‘BS’ … being spread by the right. It’s sad. Hopefully it will stop, but right now, it’s true. And that’s what the platforms are reacting to.”

Big Tech’s power to censor criticism of the liberal establishment has become a household issue in recent weeks.

In a bombshell scandal released by the New York Post (the Post) on Oct. 14, purported emails from Democratic presidential candidate Joe Biden’s son Hunter Biden reportedly exposed the alleged corrupt dealings of both father and son in Ukraine. The story claimed emails were found from a Ukrainian executive Vadym Pozharskyi, an adviser to the board of Burisma, thanking Hunter Biden for the opportunity to meet his father, former Vice President Joe Biden in Washington D.C.

Twitter responded by disabling the link to the story, claiming: “Warning: this link may be unsafe.” Twitter then censored the Post, White House Press Secretary Kayleigh McEnany, the Trump Campaign, and even the House Judiciary GOP (a part of the United States government) for sharing the story.