Cultural appropriation is prominent in the litany of modern sins, up there with mis-gendering and not pretending that diabetes is sexy. To be sure, keeping culturally kosher isn’t easy for today’s Pharisees. Satan’s snares are all around us — from mispronouncing a name to forgetting a subtle shade in the glorious mosaic of modern sexuality. Even travelling, and buying souvenirs of your journeys, is fraught with unwoke peril. 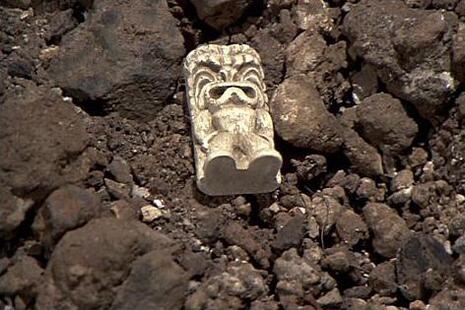 “For the ethical traveler, cultural appropriation can, and should be, a weighing concern,” writes Associate Editor Megan Spurrell. Indeed, there are times one is so burdened with cult prop anxiety that one can barely struggle down to the bar of one’s boutique hotel in the Old Quarter of Mozamlumpur or Timbucmandu.

“Navigating the lines of cultural appropriation, and appreciation,” says Spurrell, “can be particularly challenging when you’re standing in a market halfway around the world, with only a days-old familiarity of the local culture. And unfortunately, even with the best intentions, missteps happen, leaving many with one burning question: What is the onus on travelers to ensure their purchases aren’t problematic?

What indeed? Well, since you’re probably busy packing up the tiki idol you found in the cave, I’ll summarize.

Search your soul! Ask yourself:

“for what purpose [is the exchange happening]?” Are souvenirs being purchased, or gifts being sought … as memory keepers? Is the purchase intended to support the local arts community? [Oh please!] Or, is it more about finding something to fill a vague need—an anything-trinket for someone who expects a gift upon your return; or, something “vaguely tropical” just because it might look great in the new guest bathroom.

Learn about your tchotchke! Talk to the shopkeeper: “Why does this Zulu iklwa have a Taiwan excise stamp?” “Can this water buffalo penis really give my boss hives?” And:

When you do have context on an item, pass that on if you gift it to someone else, and be specific about what you know… “If there’s an item that you’re buying from a member of the Baganda tribe in Uganda, then don’t say, Oh, this is from Africa.” … including these notes on a gift card, so they can be referenced as the item continues to move through the world. “Telling the story is a very critical antidote to appropriation.”

Yes, write a term paper to go with the cornhusk doll. At least 300 words formatted according to the Chicago Manual. Or better yet, set up the slide projector and really give ’em some context: “This is me buying your gift so I could get change to use the pay toilet in the flea market next to the Mayan Pyramid. Ever hear the expression ‘Don’t drink the water?’ …”

Don’t be tainted by the free exchange of goods! Damned capitalists cannot be trusted.

“If it’s somebody non-Native selling a Native item, I think there’s definitely a capitalistic idea behind that … And the sale price is [going to be] so much more than what the maker got paid.”

It’s true. The 5’’ plastic Eiffel Tower made in China that you bought from the Moroccan guy outside the Louvre is probably doing nothing to better the lives of indigenous Parisian artisans. Or something. Look, what’s important is to make sure that none of these cute natives makes enough money to move to America, where they would just exchange their rich cultural heritage for Olive Garden and Walmart.

Condescend to explain things to the ignorant. Most Westerners don’t really mean harm by contributing to the local economy. They’re just too slow to keep up with the rules progressives are always devising.

Within that grey area, dialogue proves far more productive than shaming. “We can’t yell at people when they don’t know,” says [one of the progressive priestesses who apparently has the power to absolve sinners]. Instead, she encourages people to discuss the issues that cause a lack of awareness, or misrepresentation. She also asks herself how she, personally, can play a bigger role in educating others on the cultural norms and customs she’s aware of.

That’s not to say a good old-fashioned shaming doesn’t have its place. These days, there’s no surer way to invite salvos of social media hate than posting a light-hearted pic of yourself wearing a Chinese prom dress, or a hijab, or a sombrero — unless you’re a Cantonese high school senior, or a Muslim woman, or you rode with Pancho Villa. If you manage to rock all three simultaneously, there’ll be nothing but a smoking crater where your account used to be.

Think about that the next time you’re in a Cancun gift shop eyeing an adorable stuffed burro.