Here’s a “coming out story” the media won’t be hyping for Pride month. Scott Cawthon, creator of the popular video game franchise “Five Nights at Freddy’s,” (FNAF) has just come out as a Christian conservative after the left-wing cancel mob decided to look up his name on opensecrets.org. The famous video game designer has donated to several republican candidates over the years, including Donald Trump and Mitch McConnell. 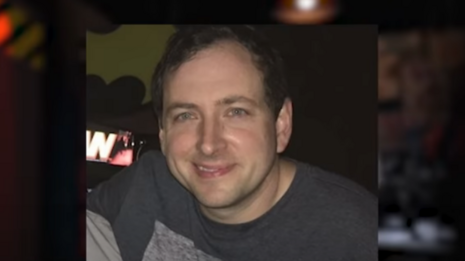 Cawthon has also donated to Tulsi Gabbard, but that is of little importance to the rage monsters who find enjoyment in attacking people who don’t hold mainstream left-wing views. Members of his ‘fanbase’ have even said that Gabbard “is specifically targeting gay and transgender people with her policies.”

A group of fans reportedly took to social media platforms after discovering the game designers’ donation records to whine about how Cawthon was spending his well earned money. Cawthon has never openly expressed his political views, but that didn’t stop wing nuts  from coming after him. The entitled gamers were so upset that Cawthon and FNAF were trending on Twitter for multiple days in a row. How dare he donate his money to a cause that he supports!

Thankfully, Cawthon has a backbone and he isn’t planning on bending his knee to the left’s fear tactics. In a Reddit post last week the designer took the time to type up a very thoughtful response to the crazies that are targeting him. He explained that he was debating whether he should even address the issue, “I’d like to think that the last seven years would have given me the benefit of the doubt in regards to how I try to treat people,” he said.

All this because I exercised my right, and my duty, as an American citizen, to vote for and support the candidates who I felt could best run the country, for everyone, and that’s something that I won’t apologize for.

The entrepreneur released his most popular game in 2014. His politics weren’t an issue until somebody went looking for his political donations.

“All of this explanation, I fear, is wasted, as people don’t want to discuss with one another anymore; they want endless apologies and submission,” Cawthon said. “People who are expecting those from me will get neither.”

The lefties look even more like fools than usual for attempting to cancel someone who is as intelligent and caring as Cawthon is. There is no empathy coming from their side unless you fall in line with their way of thinking.

Cawthon ended his response with a statement that everyone should pay attention to:

I’m a Republican. I’m a Christian. I’m pro-life. I believe in God. I also believe in equality, and in science, and in common sense. Despite what some may say, all of those things can go together. That’s not an apology or promise to change, it’s the way it’s always been.