Conservatives want the federal government to stop social media companies from interfering in the presidential election.

American Principles Project Director of Government Affairs Jon Schweppe sent an open letter to the Federal Election Commission demanding it investigate how Big Tech companies are meddling with elections. The recent GOP nomination of Laura Loomer in the U.S. House race for Florida’s 21st Congressional district shows how the electoral game has changed, and conservative organizations are taking notice. Schweppe argued in his open letter that while Loomer has been censored by multiple platforms “[d]ue to past controversial comments,” the fact that she “is now a major party nominee for U.S. congress” shows its high time for a reassessment. 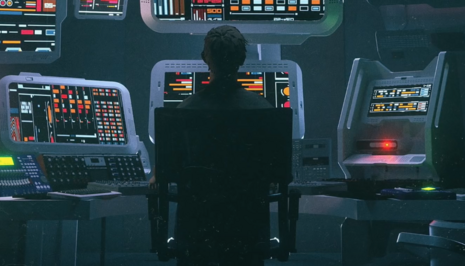 Schweppe’s questions to the FEC were written in plain English:

He followed with a direct request: “that the FEC investigate these concerns,” both “with regard to this specific race, and to the FEC’s broad application of campaign finance law in future races.”

He inquired whether “any of the companies named above[, including Facebook, Twitter, Instagram, Uber, Lyft, PayPal, Venmo, and Medium] have been listed on Rep. Lois Frankel’s FEC filings as having provided an in-kind contribution during this election cycle.” He also asked if Big Tech platforms denying service to Loomer while allowing her opposition to use them “violate[s] campaign finance law.”

His last question was whether it is the opinion of the FEC that social media companies should be allowed to distribute “campaign-related messages and advertisements for some political candidates while categorically refusing to do the same for others?”

Loomer made a name for herself as a Jewish-American, right-wing provocateur. Her performance art and protests resulted in having multiple social media and payment processing platforms blacklist her. She theorized in an interview on Josh LeKach’s show Wrong Opinion that Big Tech has censored controversial conservative figures like herself as “patient zero” in order to see how much censorship the companies can get away with.

In mid-August, Loomer explained to viewers how Big Tech appeared to be meddling with her campaign’s ability to reach supporters. She said her texts were being flagged and filtered by Xfinity Comcast as “potential threat detected.” Loomer commented further: “If you get something on your phone that says ‘potential threat detected,’ you’re likely not going to want to click on it because you’re going to to be concerned about what that threat is, right?”

In July, Loomer condemned Big Tech companies for appearing to have a vested interest in sabotaging her campaign efforts. “I’m the only federal candidate in the nation banned from advertising on Facebook,” Loomer lamented in a video. “My competitor, Lois Frankel is running ads on Facebook to reach voters, and my campaign is shut out.” She then declared that Facebook’s moderation here is a case of “illegal election interference.”

Conservatives are under attack. Contact The Federal Election Commission at 1-800-424-9530 between 8:30 a.m. to 5:30 p.m. Big Tech should be held to account to mirror the First Amendment and provide equal footing for conservatives. If you have been censored, contact us at the Media Research Center contact form to be included in our database, and help us hold Big Tech accountable.