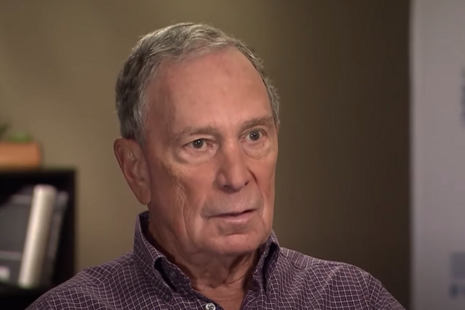 Now, the billionaire owner of Bloomberg News is trying to solicit donations to ensure that convicted felons in the Sunshine State are given the chance to vote Biden into the White House.

Bloomberg and his team “have raised more than $16 million to pay the court fines and fees of nearly 32,000 Black and Hispanic Florida voters with felony convictions,” according to The Washington Post on Tuesday. The Post said that the point of the effort was to boost “turnout for Democratic presidential candidate Joe Biden.”

Apparently this was a shift in strategy: “[Bloomberg] saw the donations as a more cost-effective way of adding votes to the Democratic column than investing money to persuade voters who already have the right to vote, a Bloomberg memo said.”

According to an anonymous Bloomberg adviser cited by The Post, one reason Bloomberg is doing this is “because it immediately activates tens of thousands of voters who are predisposed to vote for Joe Biden.” [Emphasis added.]

The Post outlined how the raised funds will be used:

The money will go to fund a program organized by the Florida Rights Restoration Coalition to pay the fines, fees and restitution costs for former prisoners who are already registered to vote in Florida but barred by law from participating in the election because of those outstanding debts.

The funds for this effort came from “individuals and foundations over the last week,” said The Post. The Bloomberg effort, which “will be pooled with about $5 million already raised by the Florida Rights Restoration Coalition, is narrowly focused only on Black and Hispanic voters who are already registered to vote and whose debts are less than $1,500.”

Bloomberg had already personally spent more than $1 billion on his failed Democratic presidential campaign, then shifted $18 million from his failed campaign to the Democratic National Committee. He also pledged $35 million to fund the data consulting firm Hawkfish to help Democrats.

Bloomberg’s anti-gun group Everytown for Gun Safety has pledged to spend $60 million on elections this cycle. He had also pledged $60 million in August to help Democrats strengthen their majority in the House of Representatives.

Whether it’s bleeding his ungodly horde of cash, or raising funds to make sure criminals vote, Bloomberg is clearly determined to ensure that Florida glides into the Biden camp by any means.

Conservatives are under attack. Contact Bloomberg News at letters@bloomberg.net and demand it distance itself away from its owner’s leftist political activities.