Cusack Wants a ‘Reckoning’: Vote Biden, Then Pressure Him From Left

John Cusack is often a good actor. Politically, he’s an intolerant, unhinged radical lefty. And on a personal level, he sure seems like a jerk. But he’s a pretty reliable voice for that ever-more influential moonbat wing of the Democrat party, so it’s useful to hear his plans for a Biden administration: sum them up as socialism. 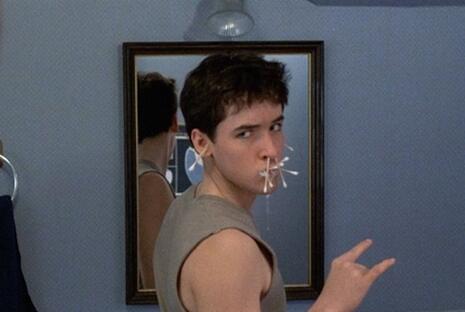 In an interview with equally left-wing mag The Progressive, Cusack the Bernie Bro explains how he rationalizes voting Biden. “I think we vote for Biden and then, the very next day, we haunt him with every one of Bernie’s policy positions,” Cusack said. “We go: health care, living wage, student debt, green energy. We keep that pressure on him from day one.”

Oh, but Joe “Do I look like a radical socialist?” Biden will be a rock of moderation, won’t he? Stop laughing. Cusack doesn’t understand why the Dems don’t simply run on class warfare.  I don’t know why they’re not just saying, “There will not be a permanent underclass that is in crippling debt with the Democrats in charge. We are going to make the billionaires pay, and we’re going to get economic justice coming in all across these various fields where we all know that needs to happen.”

Psssst! John! They’re not saying it because nobody would vote for them if they did. And, though maybe I’m just being optimistic here, because deep down they know that you can’t burn unicorn poop for fuel.

But Cusack is a true believer. What he and his comrades want isn’t political change. He says “There has to be a reckoning.” Up against the wall, motherf**ker!

He’s out to tear down the “neoliberal” system, which is responsible for Donald Trump. Trump “is the logical kind of dark absurdist extension of that kind of savage, unchecked capitalism run amok.”

He has a point: the unregulated, dog-eat-dog world of the Obama Administration was a scary place, what with the green jobs and giant stimulus and the ACA and Julia with her cradle-to-grave intimate relationship with the federal government. We were ripe for a takeover by a “gangster” TV personality.

And from there to the fascist state we’re suffering under was but a small step. “Studying history and the playwrights, we know that fascists are usually seen as clowns and buffoons, and then you look underneath and there’s war paint behind the clown makeup.”

Indeed. That Hitler was a real laugh riot. But Cusack saw through Trump early. “As soon as Trump started ripping children from their mothers’ arms, he wasn’t a fake fascist anymore,” Cusack explained. “He wasn’t a pretend fascist. It wasn’t a reality TV show fascism. It was on. It was real. From the night he was elected, I thought democracy was peering over the abyss.”

Self-importance, thy name is Lane Myer.

But maybe we shouldn’t dismiss Cusack. His “reckoning” is already happening every night in Portland.