Jordan Peterson, a popular Canadian psychologist and author, dared his government to “just try and regulate [his] YouTube channel and see what happens.” 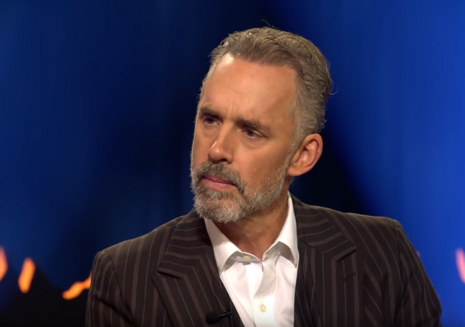 Peterson clashed with Prime Minister Justin Trudeau on Twitter because of Trudeau’s support for legislation termed the “censorship bill” by The Post Millennial. If passed, the law could potentially regulate user-generated social media content and subject some users to broadcasting regulations if they have a substantial audience.

“I have a million more YouTube subscribers than our national broadcaster CBC,” Peterson tweeted. “So does that make me a broadcaster to be regulated by Trudeau’s pathetic minions? Or does it just indicate that CBC is a failure, despite the fortune it takes in in public subsidy?”

Just try and regulate my YouTube channel and see what happens @JustinTrudeau https://t.co/Md66RXqqlm

Bill C-10 would expand Canada’s Broadcasting Act which currently only regulates the content of licensed television and radio broadcasting distributors. A member of Trudeau’s cabinet, Steven Guilbeault, said in a CTV News interview, that the law “should” regulate content created by those “acting like broadcasters,” who have “millions of viewers” and are “generating a lot of money on social media.”

Guilbeault later walked back his claim that users could be regulated, according to The Post Millennial. He clarified that he had used “unclear language” before and suggested only social media platforms could be considered broadcasters. The clause guaranteeing protection for user-generated social media content was taken out in committee, the Toronto Star reported.

Peterson called out the CBC, one of Canada’s largest broadcast organizations, saying, “your heavily subsidized but once admired and credible state broadcaster is now ideologically addled, propagandistic, outdated and increasingly despised or ignored. And now you dare to extend your incompetent governance to other media forms?”

This is not the first time Peterson has stood up for free speech. He famously spoke out against Bill C-16, which in 2017 criminalized using the wrong pronouns to refer to someone. Fox Business reported in 2018 that Peterson “suspect[ed]” that his outspoken disapproval of C-16 led Google to “shut down” his YouTube and Google Email accounts “for roughly a day.” In 2019, he, along with BlazeTV host Dave Rubin, left the crowdfunding platform Patreon when the site changed its rules to justify banning free speech defenders. Rubin created Locals, a Patreon alternative, and Peterson started Thinkspot, a hosting service for a variety of content types.