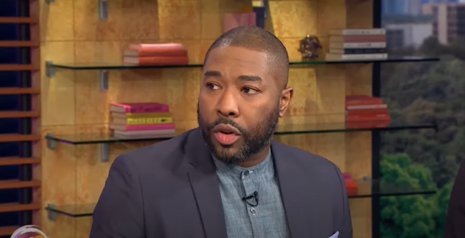 Deadspin race-baiter extraordinaire Carron J. Phillips declared that U.S. mass shootings will decrease if more white people stop wasting their privilege and take a knee in protest. We would have tougher gun control laws if whitey starting kneeling because it is such an effective strategy.

Phillips, (appearing in photo) who is African American and has written on the intersection of sports and race for numerous publications, says, “The most glaring misconception about white privilege is that some white people believe it angers people of color not to have it. That’s a lie. We’re upset because we have to watch as you waste it, knowing all the good we would do with it if we had it.”

If African Americans had racial privilege, they would use it for gun control, says Phillips. If white athletes “armed with their fame, notoriety, acceptance, and privilege, decided to take a knee and use their platforms every time a mass shooting took place, then mass shootings wouldn’t be a thing that a generation has become numb to…”

Phillips says he knows that if the U.S. had tougher gun control laws then there’s a chance the recent mass shooting in Boulder would not have happened. Wow, what confidence. His post includes the following Tweet as an indictment of AR-15s: 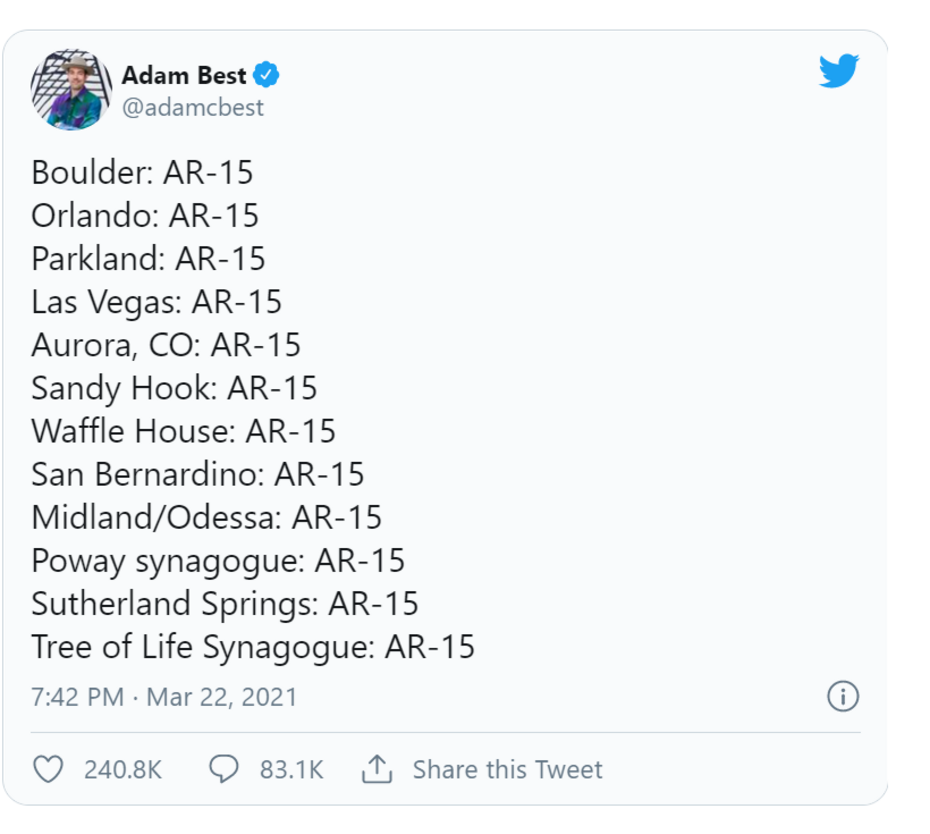 “Thoughts and prayers don’t stop bullets,” Phillips complained. “However, legislation would make it harder to buy them.”

As Ronald Reagan once said, “It isn’t so much that liberals are ignorant. It’s just that they know so many things that aren’t so.” Phillips either didn’t know – or he chose to withhold it from his readers — that in 10 years, rifles were used in just 3.2 percent of all U.S. homicides. An AR-15 was used in less than one-tenth of a percent of homicides, and it would take nearly 100 years of mass shootings with AR-15s to produce the same number of homicide victims that knives and sharp objects produce in one year. Yet there’s no call for knife control from the Left. Furthermore, handguns make up almost 80 percent of the weapons used in mass shootings.

Facts be darned, Phillips says kneeling whites can change all that:

“What if white athletes and coaches took a knee. Because in case you haven’t learned by now, kneeling isn’t just a ‘Black thing.’ However, white Republicans and Second Amendment crusaders are usually the ones tripping up potential gun reform legislation at every turn, believing that it’s every American’s right to own an automatic weapon, even though the overwhelming majority have no use for them.”

Of course, automatic weapons for private citizens were banned in 1986, with only registered pre-existing machine guns grandfathered in, making them extremely rare and expensive, so Phillips is wrong again.

Phillips says it’s “mind-boggling” that more white athletes haven’t used the gesture of kneeling to bring constant awareness to one of America’s sins. It would be a generous act like the Houston Texans’ J.J. Watt raising $37 million for the victims of Hurricane Harvey. Like Colin Kaepernick “being of service” to someone other than himself.

There’s a “beauty” in kneeling because it forces people to realize this isn’t the land of the free for millions of Americans. Furthermore, Phillips wrote that mass shootings aren’t just a “white problem,” and “just imagine what could be accomplished if white athletes use their privilege to help pen new legislation. Thoughts and prayers are cute, but the impact of kneeling has proven to be undeniable.”

Phillips is so obsessed with race, privilege and kneeling that he doesn’t recognize his own blind spots. Those would be the mental health aspect of deranged mass killers and the killing fields in Detroit, Chicago and other inner cities.