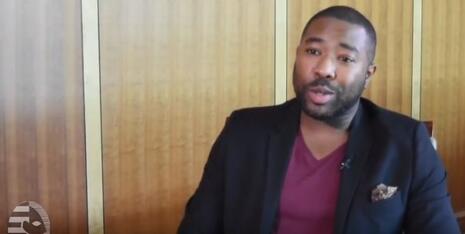 Next to police brutality, voter suppression is the biggest topic among athletes right now. Carron J. Phillips, resident agitator at the Deadspin blog, revealed that the NCAA’s 55 years of voter suppression since the Voting Rights Act became law in 1965 ended last week. This year, the left-leaning association that governs college sports in the U.S. is banning college games and practices Nov. 3 so that athletes and coaches can overcome voter suppression and cast ballots.

Athletes and left-stream media are constantly sounding the alarm about so-called voter suppression, and Phillips wrote that “Black people and people of color are still dealing with voter suppression.” He also said, “The NCAA was a participant in that suppression until Wednesday, when they announced that they would be forcing every Division I program in the country to give college athletes Election Day off so that they could go vote. From now on, practices and competitions can’t happen on Election Day.”

The reason it took so long for the NCAA to stop suppressing African American voters, Phillips (in photo above) says, is control:

“Because this country has a very long history of trying to control ‘certain people’ from not going to the polls. First, it was women. Then, it was Black people and other communities of color. And if you haven’t been paying attention, Black people and people of color are still dealing with obstacles when it comes to voting.”

One of the alleged obstacles is commonsense voter identification laws, which, incidentally mirror the Democrat National Convention’s requirement that delegates provide photo IDs to gain entrance.

For many leftists, Georgia is ground zero for voter suppression. The documentary “All In: The Fight For Democracy” contends that the 2018 gubernatorial election was stolen from black Democrat Stacey Abrams. Georgia Governor Brian Kemp is accused of “unethical voter suppression tactics.”

These myths have been refuted by the fact that minorities in Georgia set new records for voter registration and voter participation in that election. In fact, Abrams received more votes in Georgia than Hillary Clinton received there in 2016. Say it: sore losers.

And if you want to talk about voter suppression, look to the New Black Panthers who suppressed white voters in Philadelphia in 2008. But LeBron James and other athletes, Phillips and other sports media keep hollering about current efforts to supposedly prevent African Americans from voting.

Phillips credits former NBA and Georgia Tech basketball star Chris Bosh for pushing the NCAA to do away with activities that could reduce people’s opportunity to vote.

“The reality is, as a college athlete … you’re pretty much out of luck if you’re looking to exercise your right to vote or to engage in the electoral process on election day,” Bosh wrote in a story for The Players Tribune titled “Let Them Vote”:

“You’re basically working two full-time jobs. And with respect to both of them, you’re being held to the highest of standards. There’s no margin for error. It’s not like you can just be like, “Hey Coach, you know what? I’d love to join you guys at this practice … but I gotta run out and vote for the county commissioner right now.”

Yes, college athletes have a lot of demands on their time, but apathy among athletes has been a far bigger problem than voter suppression. NBC reported that only 20 percent of NBA players — who don’t have the responsibilities of attending college classes — voted four years ago.

Neither Phillips’ nor James’ cries of voter suppression stand up to fact checking.