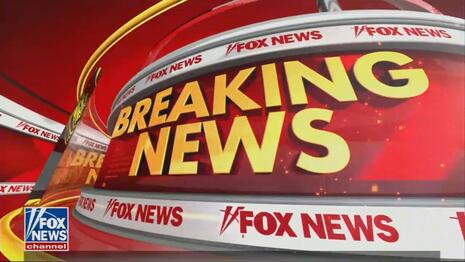 The more things change, the more things stay the same. Such was the case with this week’s ratings release for the third quarter of 2021 as, to the shock of no one, the Fox News Channel was victorious with its 79th straight quarter as the top cable news channel while CNN and MSNBC saw numbers tank to levels not seen since Barack Obama’s second term as President.

Of course, Zuckerville (otherwise known as CNN) and MSNBC will see zero reason to change their divisive and poisonous yet tiresome business models.

According to an FNC press release from Tuesday, the ratings win coincided with its 25th anniversary as it was also “the most-watched network in all of basic cable with total day and primetime viewers” and “its highest-rated quarter of the year in both total viewers and the coveted 25-54 demo.”

Fox wrote that their 79th straight quarter of dominance came with victories in “every single weekday hour with double and triple digit percent advantages” and total day overages of 1.4 million total viewers and 227,00 in the demo with those numbers rising to 2.4 million and 377,000 in primetime, respectively.

As for CNN, Zuckerville had its worst quarter in the 25-54 demo since 2014 with year-over-year total day ratings tanking 36 percent for all viewers and 41 percent in primetime via the same metric.

Things were even worse for CNN when comparing Q2 to Q3 as their primetime viewership has fallen 46 percent with all viewers and 52 percent in the 25-54 demo. And something tells us more Cuomo scandals and Don Lemon meltdowns won’t fix their problem.

And to further pour salt on the wound, they had their worst quarter in the demo since the “Lean Forward” days of 2015.

Moving to specific shows, Fox wrote that numerous CNN and MSNBC shows had their worst months ever while ten FNC shows at their best months, including Gutfeld! reigning supreme over not just his cable competition, but scoring multiple wins over ABC’s Jimmy Kimmel Live!, CBS’s The Late Show with Stephen Colbert, and NBC’s The Tonight Show Starring Jimmy Fallon (click “expand”):

Several programs on CNN and MSNBC delivered historic lows in September, notching their lowest-rated programs since inception, including MSNBC’s 11th Hour with Brian Williams, which drew his lowest ratings with A25-54 ever, The Beat with Ari Melber which delivered its lowest ratings in both categories and The ReidOut along with Deadline: White House which both marked their lowest-rated 25-54 demos ever. CNN’s Cuomo Prime Time brought in its lowest-rated 25-54 demo since June 2019 and Outfront with Erin Burnett hit a low in the demo since July 2019. Meanwhile, several FNC programs posted their highest-rated month, such as America Reports, America’s Newsroom, The Faulkner Focus, The Five, FOX & Friends, FOX News Primetime, Gutfeld!, The Ingraham Angle, Outnumbered and Special Report with Bret Baier.

Host Greg Gutfeld’s new late night program Gutfeld! finished the quarter as the second highest-rated in all of broadcast and cable, topping cable news in all categories at 11 PM/ET, notably surpassing every CNN program. The program, which is marking six months since its launch on October 5th, posted double-digit growth since last quarter in total viewers. Gutfeld! averaged 1.7 million viewers and 320,000 with A25-54 during the third quarter, outpacing ABC’s Jimmy Kimmel Live! and NBC’s The Tonight Show with Jimmy Fallon in total viewers in Live+SD. In Nielsen’s Live+3 measurement, Gutfeld! delivered wins against Jimmy Kimmel Live! and The Tonight Show with Jimmy Fallon in total viewers. The show crushed Comedy Central’s The Daily Show, TBS’ Conan and Full Frontal with Samantha Bee across the board in total viewers and the younger 25-54 demo in both Live+SD and Live+3. Additionally, for the month of September, Gutfeld! once again outpaced Jimmy Kimmel Live for the fourth consecutive month. This quarter, Gutfeld! outpaced all late night programs on broadcast and cable television during the first full week post-Labor Day (September 6th-12th), in total viewers, including CBS’ The Late Show with Stephen Colbert. This marked the second full week Gutfeld! held a larger audience than all broadcast late night programs with original telecasts in Live+SD and the fourth straight week FNC’s Gutfeld! was the most-watched host in all of late night television in total viewers.

And speaking of late-night, a chart from our Twitter friend @RoadMN showed that Shannon Bream’s Fox News @ Night topped all CNN shows in total viewers and all but two in the 25-54 demo despite the fact that it airs at midnight Eastern.

Speaking of getting owned, let’s check in on how the Brianna Keilar-helmed New Day and the Fox News-hating show Reliable Sources are doing on CNN (click “expand”):

FNC’s signature morning show FOX & Friends (weekdays, 6-9 AM/ET) finished the quarter with 1.2 million viewers and 210,000 in the demo, easily outpacing CNN’s New Day and MSNBC’s Morning Joe across both categories. CNN’s sixth relaunch attempt of New Day, with newly-minted co-host Brianna Keilar, delivered its lowest-rated quarter since 2014 in total viewers, averaging less than 500,000 viewers (444,000 P2+; 90,000 A25-54) and marked double-digit losses across the board versus the first quarter of 2021. FNC’s FOX & Friends made its mark as the number one cable news program with both categories for the sixth consecutive month.

On Sundays, FNC’s Sunday Morning Futures with Maria Bartiromo (Sundays at 10 AM/ET) earned the top-rated spot in the coveted 25-54 category during the third quarter, with 1.7 million viewers and 247,000 in the demo. MediaBuzz, hosted by Howard Kurtz at 11 AM/ET, delivered 1.4 million viewers and 222,000 in the 25-54 demo, outpacing CNN’s Reliable Sources across the board for the quarter. Notably, the CNN program averaged only 849,000 viewers and 148,000 with A25-54, down 39 percent and 51 percent respectively versus the first quarter. In September, Reliable Sources plummeted to its lowest-rated month of the year, shedding over half its audience in both categories since the start of 2021.

But surely, there’s a glimmer of hope for CNN and MSNBC in daytime, right?

Well, not only is that wrong as every FNC show beat their competitors, but their programming from 9:00 a.m. to 4 p.m. Eastern bested NBC’s 3rd Hour of Today and Today with Hoda & Jenna.

So, whether it’s early mornings, mornings, daytime, primetime, or late-night, the network CNN and MSNBC so ghoulishly hate and treat like an enemy of the people has continued to dominate and shows no signs of letting up.