Even amidst national strife, Americans seem united in their distrust of Big Tech.

“48 percent of Democrats and 49 percent of Republicans now want candidates to be more critical of the [Big Tech] industry — 6- and 5-point jumps, respectively, from last year,” Morning Consult reported August 26. One difference existing between the two sides, however, is how highly the issue is ranked among their main concerns. “Among Republicans, tech ranked 8th on a list of 15 industries that presidential candidates should be more critical of, compared to 11th for all adults and 10th for Democrats.” Morning Consult observed that Americans are “starting to become increasingly concerned about how the power of the industry impacts the information and news they consume.” 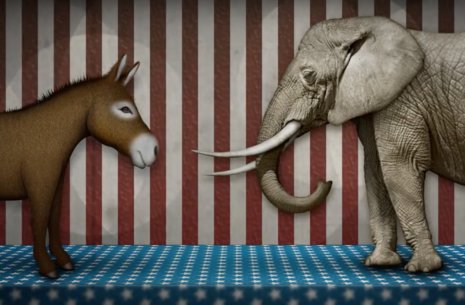 “For instance, Trump has continuously spoken out about how social media networks flag posts of his that violate the platform’s content moderation policies, while Biden has called for the complete revocation of Section 230 of the Communications Decency Act, which affords liability protections to online platforms.”

One correlation which speaks volumes about the state of American media is that “Among Republican voters, scrutiny of the tech industry appears to go hand-in-hand with their judgment of the news media, which ranked No. 1 among the GOP, with 67 percent saying they wanted candidates to be more critical of the industry.” The article added: “In part, this is because of how closely linked Republican complaints about both industries are: Both social media and the news industry are seen as practicing some sort of anti-conservative bias.”

Ethan Porter quipped that “Criticism of tech is like the modern-day cousin of criticism of media bias.”

Republican digital strategist Eric Wilson was quoted as saying that Big Tech companies “have been very aggressive and active in changing their policies and playing referee in this campaign.” He went on to speculate: “If anything, they’re going to reinsert themselves in this campaign and force the candidates to address the issue.”