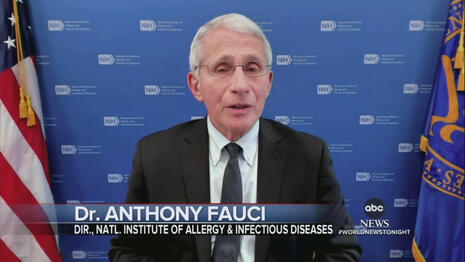 On Thursday, Townhall detailed how radical leftists on Twitter had a complete meltdown over The Washington Post allowing a column to be published from conservative radio talk show host Hugh Hewitt that was critical of Dr. Anthony Fauci. Hewitt reflected on a recent interview he had with Fauci and the op/ed headline read: “Is it time for Anthony Fauci to step aside?”

“While Hewitt brought up valid points, that didn’t stop the left from having a complete meltdown over his column and that WaPo would dare publish the conservative radio host,” Townhall’s Leah Barkoukis observed. A series of tweets were highlighted, including ones from left-wing columnist Charles Pierce and journalist Tom Nichols, all trashing the Post for daring to run the article.

Hewitt took to Twitter and responded: “The reactions to my new @washingtonpost column asking if Dr. Fauci should step aside have been as extreme as the arguments his most ferocious critics level at him.”

Read the full article at Townhall.