Facebook and Instagram apparently would prefer that users not look at photos of big game hunting. But even more than that, Facebook will not allow specific links to the hunting website The Hunting Consortium to be shared on its platform or through Facebook Messenger. 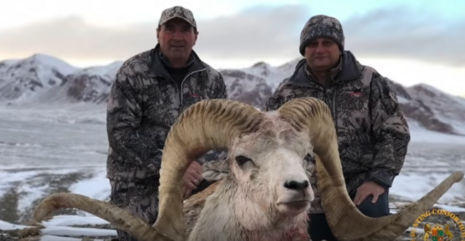 A Facebook user cannot share a link to the Hunting Consortium’s website in a post made to their own page, a group page, or even on a public page. In addition, a Facebook user cannot message the link to another Facebook user on Facebook Messenger. Where the bubble by the statement would depict a checkmark in a grey circle, only a colorless circle appears.

“Today we are addressing a glaring issue – Facebook and therefore Instagram have blocked us from posting original content,” wrote the Consortium on Aug. 13 in a public Facebook post. “We are forced to ask, is hunting violating community standards? We are taking a stand against this inexplicable measure. We have not received any form of feedback or support from Facebook and see ourselves forced to make the issue public.”

This kind of censorship does not seem to stop with the Hunting Consortium. In 2014, Facebook deleted a series of hunting photos from the account of cheerleader Kendall Jones. Later, in 2016, Facebook also reportedly deleted a photo of a man holding up a hammerhead shark that he had caught while fishing. “We remove reported content that promotes poaching of endangered species, the sale of animals for organized fight or content that includes extreme acts of animal abuse,” said a Facebook spokesperson in 2014 to Mashable. However, hunting itself is not poaching, organized fighting, or extreme animal abuse. It seems as if Facebook is interested in removing all photos of hunting, regardless of the settings.

“We have suffered a devastating blow with this censorship and have been in touch daily with some of the biggest hunting organizations and advocacy groups in the world,” said Kern. “We will not take this lying down and will fight to have Facebook and Instagram remove the censorship of our page.”

Kern continued, “Although we do see posts within the hunting community that could be considered sensitive, it is not fair, ethical, or moral that a social media user can witness a human being violently assaulted or even murdered, yet hunting related content is removed. Hunting has become one of the most important tools in the saving of endangered species and the habitat these species require. It is recognized as such by the IUCN, CITES, and other conservation groups throughout the world. This can be substantiated with facts on the increase of wild populations of endangered species all over the world due to hunting.”