Facebook has declared in no uncertain terms that public concern over voter fraud will not be tolerated — which simply means the platform plans to censor President Donald Trump and conservatives more.

Facebook officials appear to be anticipating a contested election with fierce debate raging over whether mail-in voting will lead to widespread voter fraud. A director of product management at Facebook, Rob Leathern, described the upcoming changes in a Twitter thread. He pitched them as a clarification and natural progression from previously announced overhauls occurring across the platform: “Last week we said we’d prohibit ads that make premature declarations of victory. We also won’t allow ads with content that seeks to delegitimize the outcome of an election.” 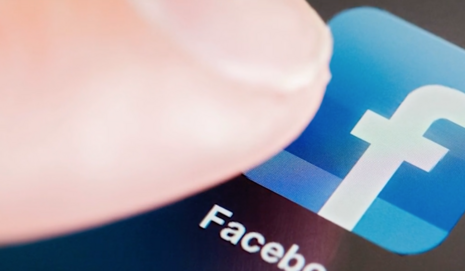 He specified further in a following tweet: “For example, this would include calling a method of voting inherently fraudulent or corrupt, or using isolated incidents of voter fraud to delegitimize the result of an election.”

Liberal news outlets were quick to spin this effort as if Facebook was trying to protect the integrity of the election, and not merely gaslighting for the Democratic Party. Going forward, Facebook will “not allow paid ads on its site that try to undermine the election process, such as by declaring voter fraud,” technology correspondent for The New York Times Mike Isaac reported September 30.

The Times noted that the timing of this declaration was key, explaining:

“Facebook updated its policies less than 24 hours after President Trump, in a debate Tuesday with the Democratic nominee, Joseph R. Biden Jr., refused to agree to accept the election outcome. Mr. Trump repeatedly railed against voting and the integrity of the election, suggesting without evidence that voter fraud was rampant and telling his supporters to go to the polls and watch voters closely.”

This clarification of policy, of course, follows how Facebook has cracked down on Trump’s posts in the past and has been overhauling its policies as the election approaches. Facebook’s recent policy overhaul included a ban on “new political ads for the week leading up to Election Day,” the Byers Market newsletter reported September 3. Byers Market speculated that this was done to “prevent campaigns and their supporters from making premature claims of victory” and to prevent “evidence-free claims of voter fraud.”

It should also be noted that this latest change was announced the same week that the Biden campaign demanded that Trump’s Facebook posts be censored. The letter obtained by Axios, had proclaimed that Trump’s public statements of concern over mail-in voting was dangerous to democracy itself:

“No company that considers itself a force for good in democracy, and that purports to take voter suppression seriously, would allow this dangerous claptrap to be spread to millions of people. Removing this video should have been the easiest of easy calls under your policies, yet it remains up today.”