Florida Governor Ron DeSantis has directed an investigation to be opened into Facebook’s alleged election interference through a secret tiered user privileges program.

DeSantis sent a letter to Florida Secretary of State Laurel Lee directing her to conduct the investigation into Facebook. “The thought of technology companies clandestinely manipulating elections is an affront to the basic principles of our republic,” the governor wrote. 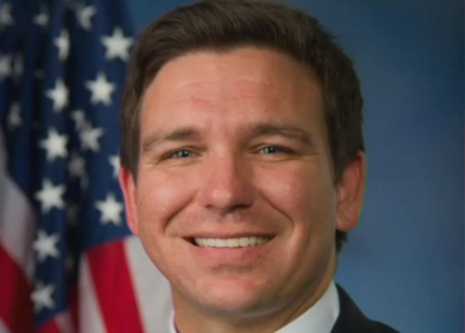 DeSantis referred to a Facebook program, uncovered by The Wall Street Journal, which reportedly granted certain secretly-selected elite users various rule-breaking privileges. DeSantis appeared particularly concerned at The Journal’s allegation that certain political incumbents held a privileged Facebook status during elections, which challengers did not have, through this “whitelist.”

“If this report is true, Facebook has put its thumb on the scale of numerous state and local races in a disturbing and concealed fashion whose scope is known only to Facebook,” the governor wrote. “Floridians deserve to know how much this corporate titan has influenced their elections,” DeSantis added.

DeSantis then directed Secretary Lee’s office “immediately [to] investigate this alleged election interference caused by Facebook,” both through the “whitelisting” program and any other Facebook program “previously undisclosed.” The investigation should use “all legal means” and its purpose would be “to determine whether any violations of Florida’s election laws took place,” DeSantis explained.

The program, called “XCheck” or “cross check,” was reportedly begun as a “quality-control measure.” XCheck later allowed tiers of immunity from many Facebook rules, such as “whitelisting” rule immunity or posting otherwise banned content, The Journal wrote. Exempt users, often deemed “PR risky,” were not necessarily informed of their status. The status was reportedly granted to public figures such as politicians, journalists, sports stars and celebrities. The program was in place during the 2020 elections, according to The Journal.

DeSantis previously stood up to Big Tech, reportedly during Florida’s 2021 legislative session. He backed legislation that “instituted fines of between $25,000 and $250,000 on social media companies that ban — or deplatformed — political candidates,” according to Politico.

“Floridians deserve to have faith that their elections are fair and free from intrusion by Big Tech monopolies like Facebook,” DeSantis ended his letter.

DeSantis signed Florida’s “free speech” bill into law in May. The law would have fined Big Tech for censoring candidates. A federal judge, however, blocked the law’s enforcement in June. Tech trade group NetChoice sued Florida in May over the law. Eleven states have since joined with Florida’s effort to combat Big Tech censorship.

Conservatives are under attack. Contact your representatives and demand that Big Tech be held to account to mirror the First Amendment while providing transparency, clarity on “hate speech” and equal footing for conservatives. If you have been censored, contact us using CensorTrack’s contact form, and help us hold Big Tech accountable