Ah unity. The left is pursuing unity so hard in the wake of Biden’s apparent presidential victory  that Republican’s are deleting their pro-Republican tweets out of fear of harassment from the mob. Wow. Isn’t that just so indicative of the peaceful times to come after Trump leaves the White House? 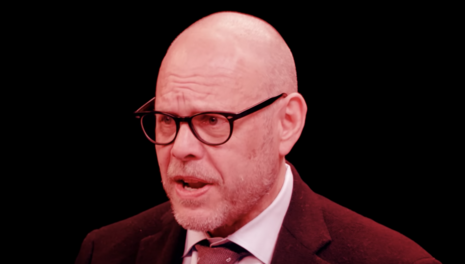 Alton Brown, cooking author and host of various Food Network shows deleted a number of his own tweets this week, after they came under fire for being pro-Republican in tone and flippant about the Holocaust.

The “Good Eats” author had tweeted on the evening of November 9, “I have voted Republican most of my life. I consider myself a conservative. I want to believe there are still ‘very fine’ people on both sides of the aisle but…if #GOP leaders don’t get their collective noses out of that man’s ass, we’re gonna have words.”

Of course, that was obviously an anti-Trump tweet, but the fact that Brown outed himself as being on the right generated outrage among his fans who had always imagined him bringing an antifascist je ne sais quoi to his culinary approach. How dare he be a Republican?!

Disgruntled users tweeted things like, “To learn he voted forever for people who hate me, a queer person, his whole life hurts a lot,” and “as someone who as looked up to you since a child, and as a gay woman, I can’t express how disappointing this is.

Another user wrote, “just found out that Alton Brown is a Republican so if you need me I’ll be in my panic room, terrified that Bill Nye will be revealed as Q.”

This backlash prompted him to delete his tweet thereafter, though it hasn’t been a secret that Brown was more rightwing than your typical television personality. Washington Times reminded their readers that a New York Times profile written about Brown in 2016 described him as a “private, politically conservative Southerner who sometimes carries a Bible and a firearm.”

If you’re a media personality outed as a Republican in today’s climate, perhaps it’s easy to second guess putting that information out there.

Though Brown stepped in it again the next evening by tweeting out “flippant” remarks about the holocaust. Apparently seeing the backlash and vitriol launched by the left against conservatives, the culinary expert quipped about the uniforms he might be wearing when put into a camp. He asked his followers, “Do you think the camp uniforms will be striped, like the ones at Auschwitz, or will plaid be in vogue?”

One user played along, telling him that the quality of his uniform will be dependent on his worth going into the camp, to which Brown responded, “I have no gold fillings.” Uh oh. Another Holocaust quip? Into the gulag you go.

More annoyed users lashed out at Brown’s Holocaust-exploitative, gallows humor, prompting him to delete his tweet about uniforms, though the “gold fillings” tweet is still up.

He then apologized on November 10, tweeting, “I apologize for the flippant reference I made to the Holocaust in my tweet last night. It was not a reference I made for humorous effect but rather to reflect how deeply frightened I am for our country. It was a very poor use of judgement and in poor taste.”

Yeah perhaps poor old Alton doesn’t want to find himself on a hate list of political opponents that seem to be all the rage on the left these days.