Fox Business Contributor Gary Kaltbaum Rips Fed on Inflation: ‘I Don’t Think They Get It’

A Fox Business contributor wasn’t having it with the money printing-obsessed Federal Reserve raising its inflation target and moving up expectations for an interest rate hike only in 2023. 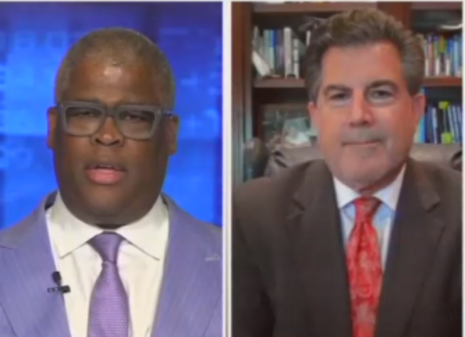 Kaltbaum Capital Management owner and president Gary Kaltbaum tore into the Fed for its money-grows-on-trees behavior. Kaltbaum stated during the June 16 edition of Making Money with Charles Payne: “We’ve been hearing for years their inflation target of 2 percent, and now it’s 3.6 [percent]. And last I looked, we’re in June of 2021, and they’re talking about what they’re going to do in 2023.” He did not let up: “I don’t even know where to go with this.” His assessment of the Federal Reserve’s behavior was blunt: “I don’t think they get it.”

Kaltbaum put major emphasis on grave concerns he had for the market based on the Fed juicing it with so much cash while keeping rates consistently near zero.

My biggest worry remains: They have printed so much money, kept rates so low for so long, distorted markets, screwed savers — the final outcome just worries the heck out of me. I don’t know if they know what they’re doing at this point in time.

Kaltbaum pointed to the volatile price changes in stock for the company Oprhazyme (ORPH) as an example of a dangerous market bubble: “Last week there was a stock called ORPH — that’s a symbol — went from six bucks to $77 in three hours, back to nine bucks the next day.” Kaltbaum said that “[w]e’re seeing all kinds of this type of action on a daily basis, but yet they’re talking 2023 and have raised inflation targets when prices are skyrocketing on so many fronts.”

But that’s not all. Kaltbaum also noted that “poultry is at all-time highs today and so many other commodities are at five- to 10-year highs. I don’t think they get it.”