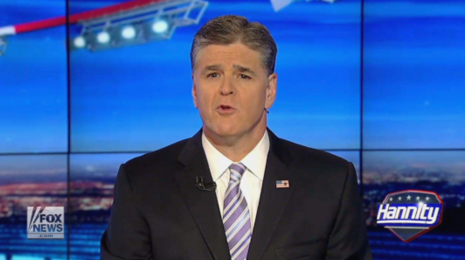 If one thing is clear, it’s that when faced with a choice for cable news, Americans avoid the hack propaganda on liberal MSNBC and CNN, especially when it comes to 2020 news. As summer began to slowly wind down last month, the Fox News Channel continued its streak of attracting the highest August primetime ratings in the network’s history while surpassing all broadcast and cable news networks in total viewers.

Two reasons for the boost were the Fox News Channel’s four-day average viewership for the Republican National Convention and record ratings for the Hannity weeknight program. According to an article posted on Tuesday by Brian Flood, a media reporter for the cable network, “viewers flocked to Fox News for the latest information during the ‘jam-packed’ month.”

Meanwhile, CNN, The Home and Garden Channel, The Learning Channel, Turner Network Television, ESPN, the Hallmark Channel, the Turner Broadcasting System and the History Channel rounded out the top 10.

Of course, it came as no surprise that CNN’s most-watched program was Cuomo Prime Time, which averaged 1.7 million viewers to finish in the number 21 slot. Chris Cuomo’s program finished behind 13 Fox News programs and seven MSNBC shows. Flood also noted that many other Fox News Channel programs finished August with even stronger viewership than they had attracted in previous months.

As if that news wasn’t good enough, Sean Hannity’s eponymous program was the most-watched show in cable news, averaging 4.7 million viewers to attract that show’s best month ever.

Hannity also averaged 850,000 viewers between 25 and 54 years of age to finish first in that key demographic. Not far behind was Tucker Carlson Tonight, which reached 4.4 million to finish second while The Five drew 3.4 million to come in third place despite its 5 p.m. timeslot — finishing ahead of all primetime programs on MSNBC and CNN.

In addition, Flood continued, The Ingraham Angle finished fourth, and MSNBC’s The Rachel Maddow Show came in at fifth place. Special Report with Bret Baier and The Story with Martha MacCallum came in as fifth and sixth, in part because the hosts anchored coverage of the Democratic and Republican national conventions.