Freeform’s Love in the Time of Corona may go down in history as the one show nobody wanted to see. It’s a snapshot of the miserable shutdowns done with all the subtlety of the Party of Five reboot. When even The Daily Beast calls it “unbearably on the nose and oversimplified,” something clearly went wrong. 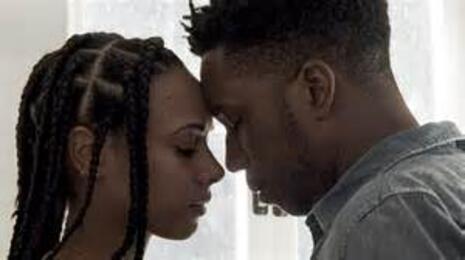 The mini-series, which aired August 22 and 23, follows four different stories taking place during the early days of quarantining. There’s married couple James (Leslie Odom Jr.) and Sade (Nicolette Robinson), young housemates Oscar (Tommy Dorfman) and Elle (Rainey Qualley), a recently divorced couple Paul (Gil Bellows) and Sarah (Rya Kihlstedt) sharing space with their home-from-college daughter Sophie (Ava Bellows), and Nanda, an elderly woman eager to share her fiftieth anniversary with her quarantined husband and their estranged son. Being confined to the same space causes tension to rise as the rest of the world seems to get worse.

If you need any hint as to how vapid and insufferable this show can be, just check out this one conversation that takes place within three minutes of the first episode, “The Course of Love,” between Sophie and her boyfriend. It’s as if an entire scene was written by Twitter.

Sophie: Yeah, but have you seen the projections? They’re saying, like, 200,000 people could die!

Jordan: But, like, mostly old people, right? Why can’t everyone over the age of 65 stay at home so the rest of us can go out and, like, stimulate the economy?

Sophie: Not everything’s about money, Jordan. This thing is disproportionately affecting black and brown and poor communities. You need to check your white privilege!

Jordan: For your information, I watched “The Help” last night.

Sophie: Jordan! That movie is so problematic! Are you joking?

Jordan: Why? It made me cry.

Sophie: Okay, where should I start? Um, it was written and directed by a white man, and it totally promotes the white savior trope. How is it that you go to Berkeley and you don’t get this?

Jordan: You know, I really don’t need a lecture right now. I’m totally over this.

Sophie: The problem with Americans is that they’re selfish, and they’re not willing to make the smallest sacrifices to keep other people safe.

Jordan: So are you gonna get tested?

Sophie: No way. That swab they stick up your nose really hurts.

Jordan: Oh! So, I have to make sacrifices, but you don’t?

Sophie: I’m not leaving my bubble, you are.

The timeline of events happens to include the release of the Ahmaud Arbey shooting video. After James views it, he becomes so concerned about being black in America that he decides unilaterally not to have another kid with Sade. He even shares his concerns with Nanda, his mother, who agrees with his sentiment, believing that “it doesn’t matter” how black men act, they are at risk no matter what. The police are apparently always going to be racist, even though the shooters didn’t represent the police and don’t represent all white people.

James: Did you, did you see that, um, that video of the black man being shot and killed? Ahmaud Arbery?

James: Is it ever gonna stop?

Nanda: We just have to hope that God hears our prayers.

Nanda: There has been progress. We may not be where we’re supposed to be, we may not get what we deserve, but it’s sure as shit ain’t what it was.

James: Hey! Language, young lady. How were you and Daddy not angry all the time?

Nanda: Who says we weren’t? But we had to claim our joy, son. That was our protest.

James: Okay. But you had two black sons. Weren’t you scared?

James: Yeah, well… I wish I had your faith.

These scenes don’t even include things like Sarah’s “FEMINIST” t-shirt or Oscar identifying as non-binary to his online date. It’s almost hard to believe this is supposed to reflect the real pandemic since everything else seems so one-dimensional. Heaven forbid we want our main characters to act like real humans. Or, at least, I’d think sponsors like Old Navy, Taco Bell, and Subway would care.

Of course, no serious repercussions of the virus shutdowns are actually mentioned in this four-part series. The massive layoffs, missed medical procedures, and crippling suicides aren’t even considered issues in this warped version of reality. The sole exception comes from Nanda’s estranged son who moves back in with his mother after losing his job, but even that fact is buried under the family drama of Nanda trying to reunite him with his father. As far as Love in the Time of Corona is concerned, the worst thing to happen during shutdowns is being forced to spend time with family members. Out-of-touch doesn’t even begin to describe this COVID-19 nightmare.

If this is the future of television, I think we’re better off going dark. It would be far less condescending, and save us a lot of time.