Freeform to Launch ‘Daily Show for Youths’ to Influence 2020 Election 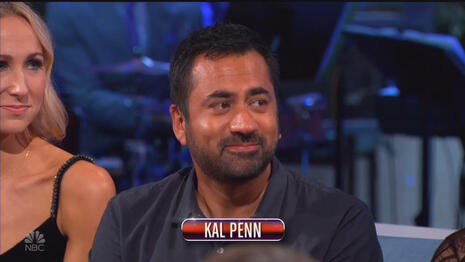 It’s starting to get hard to keep track of all the TV specials Hollywood’s got planned for the next two months to influence the 2020 election.

Last week, we reported on ABC’s Blackish planning to air a scripted two-part special for the election as well as a voting-themed comedy special made by Michelle Obama and hosted by Kevin Hart to be broadcast on ABC. Before that, HBO Max announced a West Wing reunion special to promote Michelle’s voter registration effort. There’s also The Comey Rule that Showtime is rushing to air before the election.

With fall TV production schedules delayed because of COVID, networks have more time than ever to fill in their primetime spots with election specials, especially if they’re unscripted or animated. The election-themed programming ostensibly aims to promote “non-partisan” civic engagement but the fact that they’re all run by liberals with ties to the Obama-Biden administration and that they all donate to Democrats gives away the game.

Now comes the news that Freeform is jumping in on the election action with their own 6-episode series hosted by liberal actor and former Obama official Kal Penn that TV Guide gushed will be “like ‘The Daily Show’ for youths.” Yeah, and we know how fair and balanced The Daily Show has been.

Freeform wants to make sure you get out and vote this November. To educate and engage its young viewers on important issues during the upcoming election, the network is launching a new unscripted series from Kal Penn, Designated Survivor star and former associate director in the White House Office of Public Engagement during the Obama administration, called Kal Penn Approves This Message. Each episode will feature comedic field news pieces and a sit-down interview between Kal Penn and a featured guest. The show will address core issues important to young voters, like climate change and voter empowerment.

So, viewers will be watching messages approved by the actor best known for the stoner comedy Harold & Kumar Go to White Castle, who worked for Obama, campaigned for Hillary Clinton last election cycle, and railed against Trump’s “tyranny.” Sounds fair.

The show is part of Freeform’s very mature sounding ‘Kick 2020 in the Ballots, FF’ing Vote’ campaign that launched on Tuesday. Along with Penn’s show and PSAs reminding people to vote, the Hollywood Reporter says, “Freeform is also teaming with media company ATTN: for a nonpartisan digital campaign that outlines registration, the importance of local elections and why voting matters. The spots will feature network talent and run on air and across Freeform’s and ATTN:’s social and digital channels.” ATTN: is also involved with Michelle Obama’s group.

All this “non-partisan” programing doesn’t even count the big Hollywood fundraisers and celebrity endorsements directly benefiting the Biden-Harris campaign. The entertainment industry is marshaling all its resources in service of its ultimate goal of defeating Donald Trump.