Facebook’s market monopoly may be roasted and carved up just in time for Thanksgiving.

“The Federal Trade Commission is likely to sue Facebook for antitrust violations before the end of November, three people familiar with the probe said,” Politico reported November 6. The same article then drove home the point that this lawsuit would be the government’s “first major swing at the social media giant.” The lawsuit will allege that Facebook “unfairly stifled competition as it snapped up smaller rivals and maintained a stranglehold on its users’ data,” Politico explained. The article then went on to describe how the FTC lawsuit “could ultimately force Facebook to unwind its acquisitions of photo-sharing app Instagram and messaging platform WhatsApp.”

Some important factors need to be aligned before proper action can be taken, however. FTC Chair Joe Simons will need to “persuade at least two of his fellow commissioners to agree to administrative litigation and if a President Joe Biden takes office, a new chair could reverse the plan.” 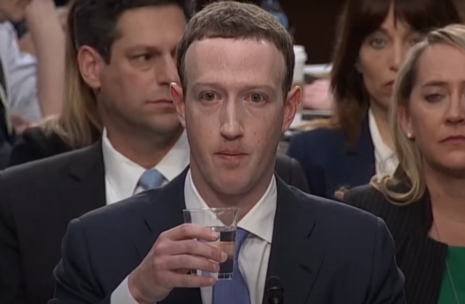 While Big Tech has faced severe scrutiny under President Donald Trump, the possible presidency of former Vice President Joe Biden may give different grievances based on how Biden chooses to wield power. “[P]rogressives hope Biden will be tougher on the antitrust front than the Trump administration, particularly given calls from high-profile Democrats like Sen. Elizabeth Warren of Massachusetts to split up the giants of Silicon Valley,” Politico added.

Big Tech may be facing a well-deserved reckoning for censorship in the past year.

Facebook, alongside Twitter, engaged in an unprecedented crackdown this October on the New York Post’s Hunter Biden bombshell story.

In a shocking revelation released by the Post on Oct. 14, purported emails from Democratic presidential candidate Joe Biden’s son Hunter reportedly exposed the alleged nefarious dealings of both father and son in the European state of Ukraine. The story claimed emails were found from a Ukrainian executive Vadym Pozharskyi, an adviser to the board of Burisma, thanking Hunter Biden for the opportunity to meet his father, Joe Biden, in Washington D.C.

Facebook responded by reducing the story’s circulation on its platform, crippling its ability to spread.