Well, the establishment seems to think that the first 2020 Presidential Debate between former Vice President Joe Biden and President Donald Trump was so insufferable in terms of outbursts and opponents interrupting each other during their rebuttal times, that they are contemplating rule changes to the debate format. 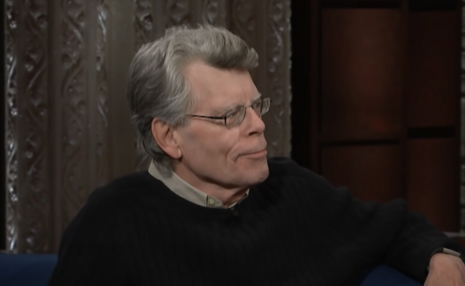 Of course, the obvious implication is that the election commission and the media needs Trump to play differently. Hopefully, new rules will be applied equally but we know what the point is.

We all know that it’s politically expedient for the left to muzzle Trump from his constant interjections in Biden’s delicate train of thought. A bit of oversight from the top might help Biden score better or, in the case of last night, allow him more opportunities to make bold face lies about Trump’s record (like lies about his stance on the Charlottesville rally) with impunity.

Celebrity mouthpieces seemed to really think it’s a good idea. Household names like Stephen King and Bette Midler tweeted about finding ways of cutting Trump off during the debate, which included shutting off his mic when he’s being too aggressive or giving him a “shock collar.”

During the evening of the debate, It and The Shining author Stephen King got so flustered with Trump’s aggressive needling of Biden that he proposed that Trump’s microphone be shut off in a series of tweets.

The horror author began his Twitter coverage of the debate by saying, “cut his mike [sic] when he interrupts.” By this point, Trump had already gotten debate moderator and Fox News Sunday anchor Chris Wallace flustered by interjecting during Biden’s responses.

King became increasingly irked at Trump’s outbursts, imploring the next debate’s moderators to cut Trump’s mic. He tweeted, “In the next debate, the moderator(s) have to have the power to cut the mics.” Yes, we understand, Mr. King. We need external measures to keep Trump from doing too much. Perhaps a muzzle, too.

King kept calling for Trump to be silenced, even asking the “debate commission” to change up the debate format so they have a way to get Trump to be less obnoxious. King demanded, “The debate commission (whoever they are) needs to discuss ways of stopping Trump in the next 2 debates from the constant interruptions and hectoring.” Sounds like the president got in both Biden and King’s heads.

He levied one more charge for the moderators and debate commissioners, tweeting, “Debate Commission and future moderators: Remember that when Donald Trump is on that stage, he comes not as president but as just another candidate. When it’s not his turn to speak, SHUT HIM UP.”

Apparently, the debate commission was listening to this kind of rhetoric, because the following day, CBSNews.com reported that “The Commission on Presidential Debates” decided they will implement ways of “cutting off the microphones of President Trump and Joe Biden if they break the rules.”

Hocus Pocus star Bette Midler tweeted the news, with her own desperate suggestion for shutting up the president. She wrote, “I’ve got two words for them: shock collar!!!”

She also tweeted, “There’s no need to do that again. Trump is certifiable, and doesn’t want the American people to judge, or even think about his terrible record, He has spent 3 years sowing doubt about every institution we trusted, and now we trust no one and nothing. A victory for our enemies.”

She later responded to King calling President Trump “an asshole” by upping the ante even more: “You are too polite, sir. He is a raging asshole, a cosmic asshole, an immeasurable asshole, a boiling, ranting, raving rampaging asshole of destructive, despicable, tormenting, UNCONTROLLABLE impulses.”

Comedian Chelsea Handler tweeted a different proposal for limiting Trump’s behavior, writing, “Something nice to employ at the next debate is a buzzer for the moderator to click each time Trump tells a lie. Anyone can do it, really. Biden, or the moderator.”

Of course the “Commission” will apply any new rules to each candidate fairly, so they say, but of course, this is all in response to the president’s rough and tumble debate style. At the very least, Hollywood is into the format change because they need to alter the game to win.