The teenager who was charged with shooting rioters while defending stores in Kenosha has reportedly been shafted from gathering donations on GoFundMe, but other organizations have stepped up.

“A legal team says it will defend Kyle Rittenhouse, charged in the fatal shooting during protests in Kenosha this week, and has set up a fund for the 17-year-old’s legal fees,” the Milwaukee Journal Sentinel reported August 27. Rittenhouse described “himself as part of a militia protecting businesses” amidst the riots over the shooting of Kenosha resident Jacob Blake. 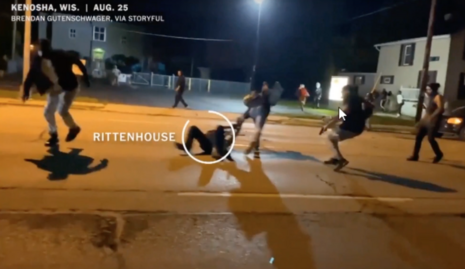 Crowdfunding website GoFundMe reportedly shut down an attempt by his supporters to gather funds. “GoFundMe said the campaigns were taken down for violating its terms of service but did not specify further,” The Washington Times reported.

“A legal team from the #FightBack Foundation said it will be part of Rittenhouse’s defense team,” the Sentinel reported. Lawyer L. Lin Wood explained that he helped form the foundation in “a mission to protect and defend our Constitution on many fronts.”

The Sentinel recounted how Wood is a battle-hardened veteran of America’s recent culture wars:

“Wood is a nationally prominent defamation lawyer who helped a Covington Catholic High School student sue CNN, The Washington Post and other media companies in 2019 over alleged ‘vicious’ and ‘direct attacks.’ The teen had been thrust into the national spotlight when videos of him and his classmates interacting with protesters outside the Lincoln Memorial in Washington, D.C., went viral.”