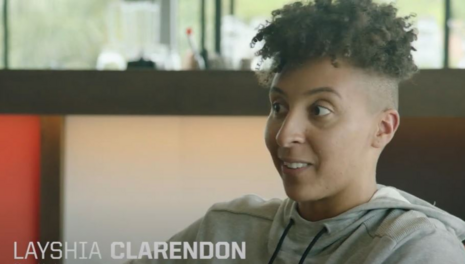 Partnering with Planned Parenthood, Athletes for Impact and Seeding Sovereignty, the Women’s NBA players’ union bought a full-page ad in Sunday’s New York Times blasting the Texas abortion ban and claiming “family planning is freedom.” The irony that abortion denies freedom to the unborn is totally overlooked by this far Left, radical sports league. The other irony, of course, is that anybody who would see an ad in the Times already agrees with the pro-aborts.

The Texas law bans all abortions after a fetal heartbeat is detected. It was challenged in court, but the courts have thus far upheld the law.

The inflammatory NYT ad reads, in part, that the law is a “cruel” and “oppressive” ban that “dehumanizes” us. “As professional athletes, our bodies are our instruments. Our livelihoods. Our craft.” “Reproductive rights are human rights. Family planning is freedom.”

This isn’t just their fight, the basketball activists say. It’s everyone’s fight against the politicians who need to keep their hands off “our reproductive rights.” Which are actually de-productive rights for the unborn.

Since the disastrous Roe v. Wade decision by the U.S. Supreme Court in 1973, more than 62 million preborn children have been killed in abortions. Like the NBA, the WNBA is largely made up of black players, and the Center for Urban Renewal and Education declared abortion in the black community “devastating” and one that has “ravaged black culture.”

Layshia Clarendon, a guard for the Minnesota Lynx and the WNBA’s first openly transgender and non-binary player, tweeted the ad and some of her own provocative comments. 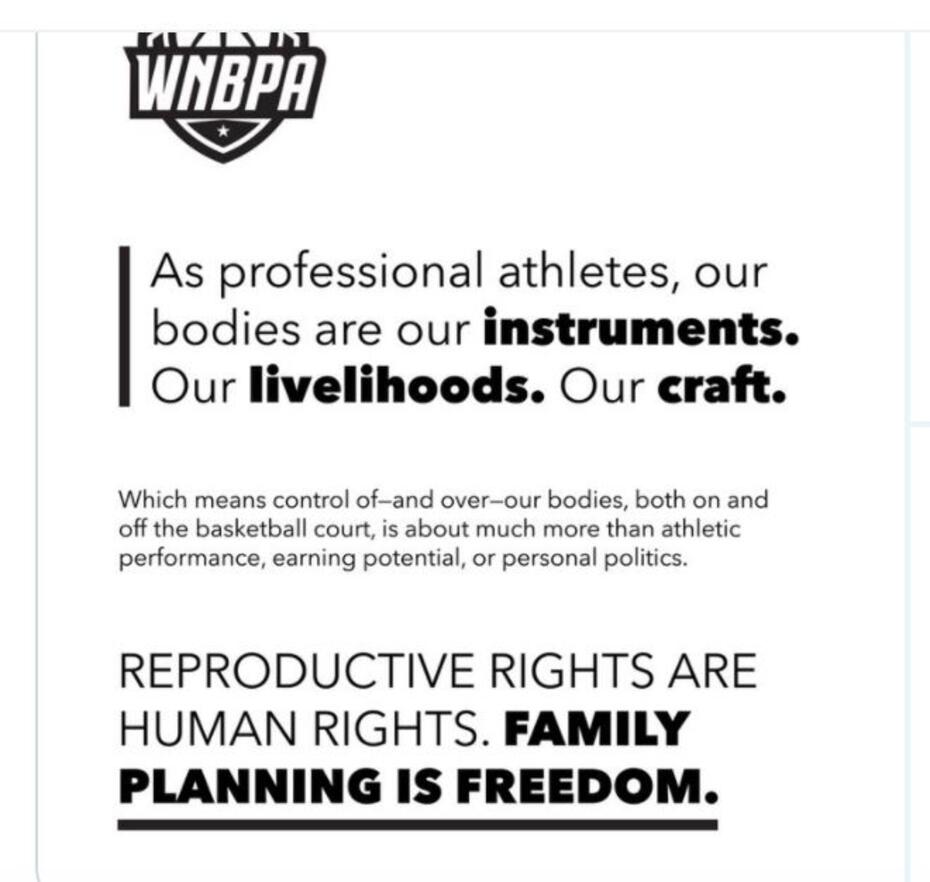 “You come for one of us, you come for all of us,” Clarendon says, and “this directly affects a lot of people in our league as a women’s league and a league of people with uteruses.”

The letter in the ad is signed by several WNBPA member and the pro-abortion organizations mentioned above.

In the under-statement of the month, Clarendon also said: “We’ve gotten positioned as a social justice league full of black women who are leading the way.”

As a matter of fact, it often seems like this woker-than-woke league is much more concerned about left-wing politics and social justice than hoops. This league is so unpopular that the only time it gets much national attention is when it engages in the kind of radical activism that took place Sunday. This time it required the purchase of a full-page ad in The New York Times to get noticed.