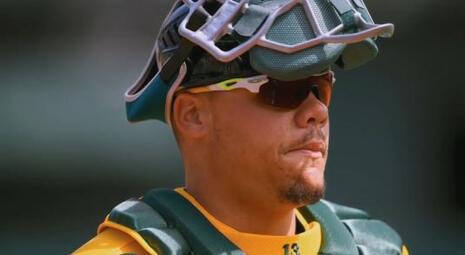 This month’s HBO episode of Real Sports, with host Bryant Gumbel, chronicled the downward spiral of Major League Baseball’s first social justice protester. After taking a knee in 2017, the Athletics’ Bruce Maxwell soon played his way out of baseball, suffered through depression, went to jail and has bounced around the minor leagues since then. Gumbel called Maxwell’s comeback story “incomparable,” but Soledad O’Brien’s report failed to deliver on his grandiose declaration.

In his introduction of O’Brien’s report, Gumbel gushed that Maxwell’s is a “comeback story that defies comparison.” There’s just one hitch. Maxwell’s alleged comeback hasn’t taken him to baseball glory. Little more than three weeks ago, the New York Mets signed Maxwell to a minor league contract, pending a negative test for COVID-19. So Gumbel’s version of an incomparable comeback is a little short on the incomparable part.

Three seasons ago, Maxwell went from unknown catcher to newsmaker when he got down on one knee during the playing of the national anthem. That alone merits a Real Sports feature, despite Maxwell’s short, unremarkable baseball career.

O’Brien asked Maxwell, “What was it like when Colin Kaepernick took a knee?” He responded:

“I loved it. It was joyous for me because you have a guy bringing to light that there’s something going on in our country that is wrong.”

O’Brien took the story from there to protest opponents, including President Donald Trump, who “were incensed, believing the protests were an insult of the country and the flag.” Real Sports played the video of the president telling a crowd in Huntsville, Alabama — Maxwell’s hometown — to get the protesting SOBs off the field and fire them.

For Maxwell to see his city support that type of comment, “I had to stand up for something and it’s something I believed in. When I dropped my knee to the ground, I was kneeling for the people who get overlooked in our everyday lives. The people who get unjustly murdered and convicted. That don’t make the news. That don’t get videoed. That’s what this is about. It’s a big deal.” His protest drew racist insults and threats.

Dannie Spina, Maxwell’s white mother, told O’Brien the hate took a toll on her son. “He was spiraling downward. It was all getting to him. It was not good.” He couldn’t sleep, and he took to the bottle.

Maxwell said, “The darkness, viciousness, hatred was something I was not fully prepared for.” O’Brien asks if anyone from Major League Baseball checked in on him, and he said he didn’t have any help.

At home in Scottsdale, Arizona, in the offseason, a woman delivering food to Maxwell’s door was “greeted” with him pointing a gun at her. Soon 10 police officers came and arrested him for aggravated assault, but not without getting an angry lecture from the guy:

” ‘Guess what. F-in half America is afraid of you.’ That’s the reason I took a knee. Our country is afraid of the police. You want to know why? Because the f-in police does unjust.”

O’Brien said, “That was a deep and dark spot for him. Can you imagine, a peaceful kneeling turning into that?”

Maxwell’s career went downhill from there. Late in the 2018 season, he was released after hitting only .182. Sports agent Lonnie Murray tried to help him, but scouting reports described him as “lazy and unengaged.” What? Is the stuff that “incomparable comebacks” are made of?

Murray tried to excuse away the scouting reports by saying it wasn’t Maxwell’s fault because he was “unmotivated by his surroundings.” She did, however, help him land a spot on a team in the Mexican League, (yes, the league that gave us fans riding into games on donkeys and the truly incomparable Steve Nebraska in the movie The Scout!) where he played well.

Recently he signed on as a minor leaguer with the New York Mets. And with all the protests over George Floyd, Maxwell is wondering where the SJWs were three years ago. Well, Bruce, they were busy insulting veterans at NFL and NBA games while you weren’t paying attention.

In the Real Sports studio, Gumbel asked O’Brien why Maxwell’s 2017 protest was so under the radar and was told:

“I think in part because he wasn’t the first Colin Kaepernick, clearly one of the big names and doing that, and also because no one dealt with him. He literally was all alone and I think that added to the lack of coverage and how isolated he felt.”

Walking back Gumbel’s exaggerated introduction to the story, the Real Sports host and O’Brien admitted some of Maxwell’s problems were self-inflicted. However, Mama Maxwell said her son deserves a standing ovation.