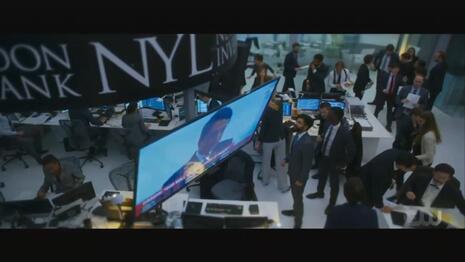 All season Devils on CW has pushed liberal narratives about how corrupt, immoral and evil investment bankers are. In the final episode, it embraced another liberal narrative of celebrating a central bank bailout.

Investment bank CEO Dominic Morgan (played perfectly by Patrick Dempsey) is the central villain of the show. Although his fraud, corruption and scheming unfolded over the course of the season, by its end it was stated outright that Morgan’s goal was to destroy the Euro to keep the dollar strong.

As protagonist, former head trader Massimo Ruggero has been trying to expose and stop Morgan all while fighting against his natural tendencies to become the same kind of man. In the finale on Wednesday, he finally defeats Morgan by having his friends make trades that incite the European Central Bank to take action to bail out Italy and other nations on the verge of collapse.

The bailout is heralded and Ruggero (who was previously fired by Morgan) is asked to take his place as CEO. He takes the job and tells his girlfriend Sofia now “I can fix things. I can make things right.” She says he’s always been a devil and vows to do what she can to destroy him.

In addition to fostering the same anti-banking narrative entertainment has relied on heavily since the financial crisis, Devils offered a conspiratorial twist. A friend of Ruggero’s explains that Morgan’s attempt to break the European currency was not to make money for the bank. It was because of his involvement in a secret “club” that wants the dollar to be the most valuable currency.

Professor Wade: You should know that what Dominic did, it wasn’t for the bank.

Massimo Ruggero: Then what was it for?

Professor Wade: A sort of club, a group of like-minded people with a high sense of patriotism. We call ourselves the Thirteenth Floor.

Massimo Ruggero: You’re one of them.

Professor Wade: I thought it better to rock the boat, not to sink it. And as for Dominic’s methods, he should never have got Carrie [Massimo’s wife] mixed up in this. I’m sorry, Massimo. 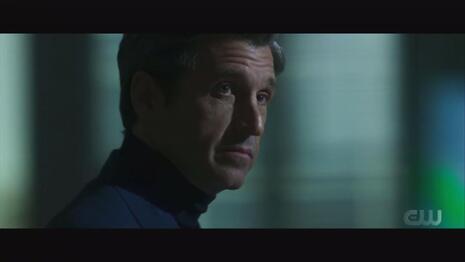 Later, in an exchange between Morgan and Ruggero, Morgan explains: “There is an order based on the primacy of the American dollar. It isn’t perfect, and God knows it isn’t always fair. But it has created the greatest period of peace and prosperity in history. They call us devils. But we are the last defense against chaos. Welcome to the club, Massimo.”

The only deviation from tired liberal tropes was a subplot about Subterranea, the Wikileaks-style, anarcho-journalist group trying to expose wrongdoing in the financial industry. It turned out that the leader, Duval, wasn’t really trying to help average people by going after the banks. He was trying to create his own cryptocurrency and release information which would destroy the existing systems. It would have caused a global depression and made him rich, but in his view, “The only way to change it is to start over.”