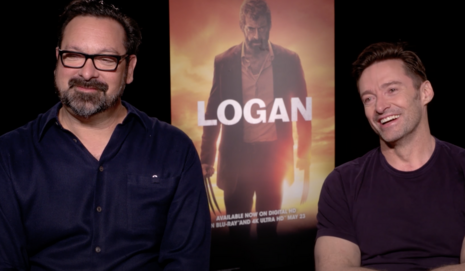 Voter ID: a necessary protection against voter fraud for some, and a scourge and grave evil for others, apparently. One Hollywood filmmaker has declared that he is done making movies in Georgia until lawmakers repeal newly-signed election regulations aimed at eradicating potential voter fraud.

As reported by Hollywood outlet The Wrap, director James Mangold – the filmmaker behind Logan and Oscar-nominated flick Ford v. Ferrari – announced his decision to boycott future film production in Georgia until GOP Gov. Kemp and other Georgia lawmakers denounce their 100-page signed bill that will make changes to the state’s voting law.

Dubbed Hollywood’s “Southern Campus” by Time Magazine, Georgia is a current hot spot for Hollywood production. The location is good both for the scenery and the financial advantages, though for diehard progressives like Mangold, the lucrative setting isn’t worth the Republican politics.

Mangold tweeted on March 25, “I will not direct a film in Georgia.”

The Wrap explained that the bill, which was signed into law on March 25, included “provisions that will require driver’s licenses or state ID, new restrictions on ballot drop boxes and even a rule that it would be illegal to give people waiting in line to vote food or beverage.” Mangold decried the new laws, lamenting that it would solidify Georgia as a “red” state.

In response to one user’s disagreement that Mangold’s boycott will affect progressive industry workers trying to make a living, Mangold tweeted, “the state will be irredeemably red with these new ‘laws’. The only reason studios shoot in GA is cause they have steal production from other states and workers w/ cash.”

Oh so by enforcing necessary and common sense voting standards, Georgia won’t be a blue state? Could it be fair to say that Mangold hates playing by the rules? It’s almost as if he wants looser voting rules for a reason … say for the same reason Democrats may have used to beat Donald Trump in the 2020 election? Who knows?

Of course, fellow Hollywood, media and Democrat elites argue that such voting regulations disenfranchise potential voters. Some even argue, like failed Georgia gubernatorial candidate Stacey Abrams and her ilk, that such voter laws suppress minority voters. Many of these progressive election activists have attacked the new Georgia law as a manifestation of systemic racism. Even President Biden has called the bill an “atrocity” and “Jim Crow of the 21st century.”

Gee whiz. So ensuring voter ID on absentee ballots is equal to “Jim Crow” now? Wow, that’s scary. Guess we’ll let anyone who can write their name on a piece of paper vote in all future elections to avoid being called racist. Guess we’ll let millions of mail-in-ballots just work their “magic.”

Though, these race-baiters are trying to force their agenda on the majority of the country that wants stronger voter ID laws. According to a recent Rasmussen poll, 75% of all Americans want voter ID, as do 69% of African American voters. Perhaps, Biden could consult with the vast majority of Americans before such “unifying” takes on voter ID laws.

This is not the first time Georgia has gotten the boycott treatment over conservative legislation. In 2019, several Hollywood elites including actress Alyssa Milano and then-Disney CEO Bob Iger, among others, threatened to stop working in the state over Gov. Kemp’s “heartbeat bill” – a law protecting unborn children from abortion if their heartbeats were detected.

So what? Dems boycotting protecting human life and now fair elections? Good luck with that, guys!