How Has South Park Survived the Left’s Cancel Culture Jihad? 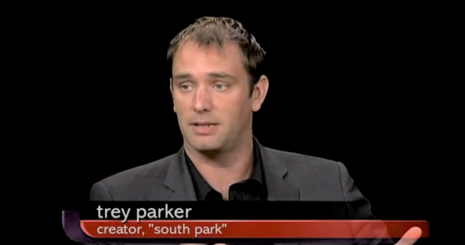 One example? Blazing Saddles. The 1974 western couldn’t be made today, as creator Mel Brooks repeatedly reminds us. Yet there’s been no concentrated effort to cancel the satire and its liberal use of the “n-word” to mock bigotry, not elevate it.

Perhaps the woke mob has just enough self-awareness to understand that would prove every critics’ point about them.

Another pop culture institution that has yet to be canceled? South Park. It’s not for lack of material.
The long-running Comedy Central show, from Trey Parker and Matt Stone, has spent the last two decades punching every hot-button theme western culture has to offer.

You name it, South Park has slathered rude and crude comedy all over it. And it’s still standing.

Parker points to the “P.C. Principal” subplot, introduced six years ago in Season 19, as the moment he and Stone realized they had a juicy target on their backs.

“The culture was changing, and colleges were changing to the point where we thought, ‘OK. This is coming,’” Parker told Hardwick during their 2017 chat. “One of these days now, we’re gonna get, ‘how dare they f***ing did that’ and get run out of town,” Parker told the podcast. “What people don’t realize is that we’ve been waiting for that moment 20 years.”

“We’re still waiting for [cancellation],” he added. “The fishing poles are in the car.”

Parker anticipated the worst after the release of the 1999 comedy, South Park: Bigger, Longer & Uncut. The same sentiment hit them after they created 2004’s Team America: World Police.

That fear didn’t impact South Park or its creative vision.

Parker looked back at the show’s earliest days during the podcast, a time when the most “outrageous” element on the show was a boy with a gay dog.

Some of Parker’s comments seem prescient in retrospect. He noted how one “outrage cycle” is quickly replaced by a newer, shinier model. And, in many instances, the source of said outrage is something South Park previously pulled off without incident.

“We’ve done worse than that. It’s crazy,” he said.

So why hasn’t a South Park scalp been added to the woke mob’s mantle?

Being unofficially grandfathered in has kept the show alive, to a degree. The show began in the 1990s, a time when political correctness was just starting to fester in western culture.

It helps explain why Social Justice Warriors stood down as insult comic Don Rickles kept his shtick going right up until his death in 2017. A younger comic would have found out the hard way the mob doesn’t allow the kind of sharp elbows Rickles threw in his prime.

There’s another factor in play.

The woke mob is teeming with bullies. They rely on peer pressure to dominate their prey, using the media to double down on their attacks.

“You retreat, they encroach,” Adam Carolla explained of their tactics. Social Justice types pick on those they deem weak, either for lack of material wealth or social clout. It’s why Joe and Jane Doe are so vulnerable to Cancel Culture attacks. They lack the resources to fight back.

And so, in many cases, they back down rather than surrender their livelihoods. Can you blame them?

Some high-profile talents are willing and able to stand up to woke bullies. Carolla remains a pristine example. He created a podcast empire on his own terms, in part to say whatever he wants without fear of cancellation.

He takes his independent streak further, though.

He started his most recent book, “I’m Your Emotional Support Animal,” with a simple message. I won’t apologize. Ever. So don’t even ask. And, amazingly enough, they don’t. He’s bully-proof, and they know it.

South Park operates in a similar fashion. Parker and Stone do what they want, say what they want and never go near an apology. It doesn’t always stop the censors, of course. Five installments of the show are no longer widely available because they include cartoon images of Muhammad.

The duo didn’t apologize for that run of shows. Nor have they pulled many, if any, punches in the new Age of Woke.

It’s why the bullies pick on other targets they think they can overwhelm. Parker may think he’ll be canceled one day, but his willingness to stand up for his creative rights may save him in the end.