Steve Bannon and Kathy Griffin have something in common.

They have something else in common, though.

Both imagined their political enemies killed in a gruesome fashion, but only one got punished by Twitter. [Editor’s Note: This reporter previously worked under Bannon at Breitbart News]

“I’d actually like to go back to the old times of Tudor England, I’d put the heads on pikes, right, I’d put them at the two corners of the White House as a warning to federal bureaucrats.”

Bannon continued on with the tirade, making it harder to envision it as political satire.

And then there’s Griffin’s most infamous pop culture moment, one she giddily shared again this week with a boost from director Larry Charles. 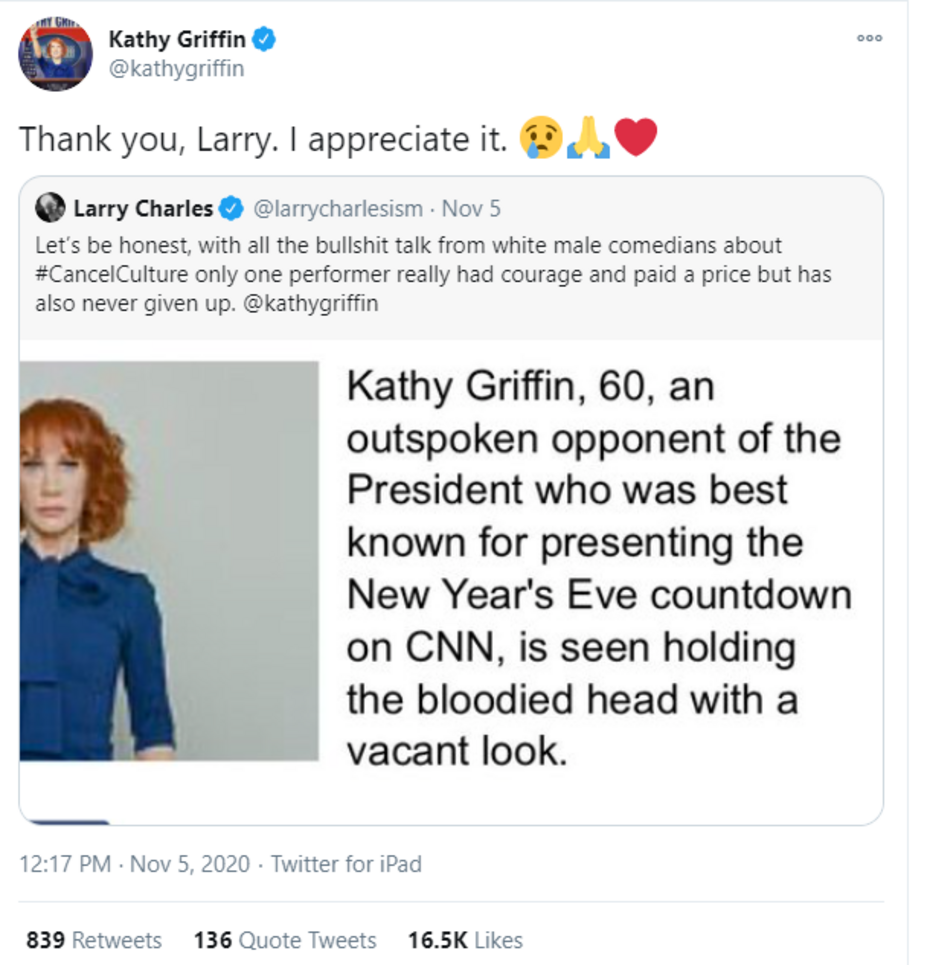 Three years ago Griffin posed with President Trump’s bloody head, sliced off its body in the ISIS tradition. The image rocked pop culture, caused Griffin to apologize and, later, recant her mea culpa. She quickly became a “Resistance” darling, suffering sizable career punishments along the way.

This week, Griffin shared the image again on Twitter. Jack Dorsey’s mega platform, as of now, refuses to punish the comedienne or insist she take the inflammatory image down. 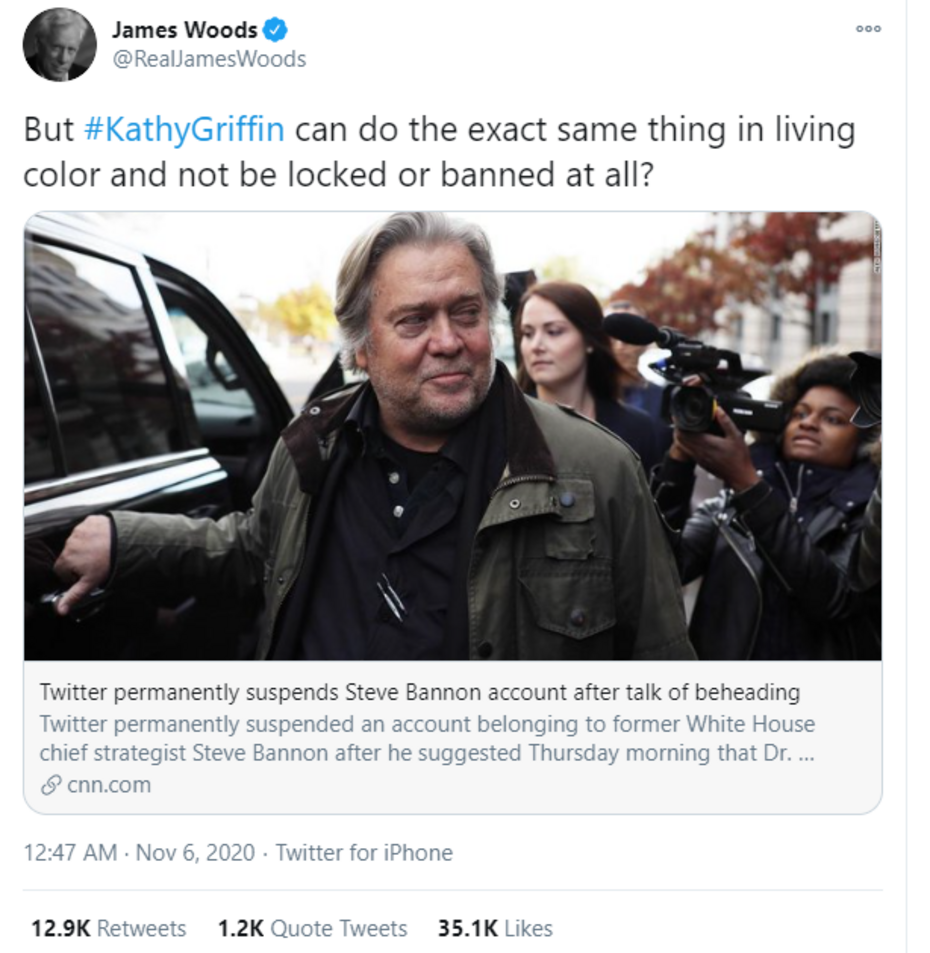 Woods should know all about Twitter double standards. The conservative actor, a bare knuckle brawler on social media, repeatedly gets suspended by the platform.

Griffin, by comparison, faces little to know Twitter blowback for her fits of rage. Then again, she’s far from alone. Far-left stars like Joss Whedon, Bette Midler, Ellen Barkin and Tom Arnold say the nastiest things imaginable on the platform and Team Dorsey looks away.

What’s interesting is that Bannon said what he said on his own show, not via a specific Tweet. Griffin’s ghastly image was shared roundly on social media then, and now.

Call it Liberal Privilege or simply more proof that Big Tech Censorship is both real and out of control.