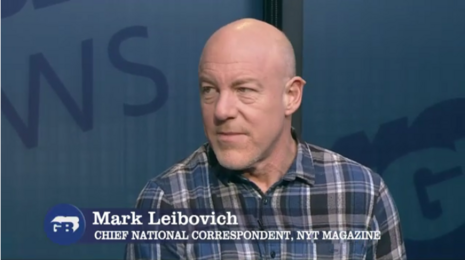 What the paper ignored, under its standard anti-GOP snark: How Congressional Democrats refused to accept Trump after his victory in 2016, with a huge portion of the caucus boycotting Trump’s inauguration (55, according to this report) The Times itself ran pieces calling for Trump to be blocked from taking his rightful place as president.

Funny what passes for a jolting revelation at the Capitol these days.

Senator Mitch McConnell had just uttered a sentence that in more normal times would be received — and quickly forgotten — as just the kind of drab boilerplate that the Senate majority leader, a Kentucky Republican, is known for.

Funny what passes for a news story in the New York Times these days.

“I think we all know that after the first of the year, there’s likely to be a discussion about some additional package of some size next year,” Mr. McConnell said Tuesday as he discussed prospects for a coronavirus relief bill. At which point he delivered his bombshell: “Depending on what the new administration wants to pursue.”

He said “new administration.” Implying there would be an outgoing president.

If President Trump had won re-election, as he keeps insisting — and which few Republican senators will publicly disabuse him of — there would be no “new administration” to speak of.

In other words, Mr. McConnell, in his own circuitous and perhaps unintentional way, was acknowledging that Mr. Trump had lost.

Maybe he did not mean to be so forthcoming. It is, after all, a delicate verbal dance that Mr. McConnell and many of his fellow Republican senators are engaged in….

Privately, pretty much all Republican senators acknowledge that yes, President-elect Joseph R. Biden Jr. will be sworn in as the 46th president of the United States on Jan. 20. This includes even Mr. Trump’s staunchest supporters, like Senator Ron Johnson of Wisconsin, who admitted as much to Mark Becker, a former Republican official in the state.

But that wasn’t good enough. The Republicans must confess! Leibovich unwittingly showed how trolling GOP Senators about Biden’s victory has become a gleeful game.

In recent weeks, the unwillingness of most Senate and House Republicans to acknowledge an obvious election result has reached new levels of absurd. Whenever another prominent Republican official admits that Mr. Biden in fact won, the media updates the scoreboard like it’s breaking news — as if a new state had been called on election night….

Things get trickier when Republicans are asked directly whether they accept the results of the election, as reporters have been pressing them to do pretty much daily since Nov. 3. In normal times (how long before we retire that qualifier?), this question would yield some variation on the same obvious and broadly accepted response: “Yes.”

Alas, these are not normal times.

Judging from Leibovich’s smug tone, one would think that Democratic members of Congress accepted Trump’s 2016 victory without complaint. One would be wrong, as noted above. Neither did the Times itself.

After excoriating Trump in 2016 for pre-election comments about not accepting the results, the paper turned around and pushed Green Party loser Jill Stein’s doomed calls for recounts in three Midwestern states that turned to Trump. The Hillary Clinton campaign itself joined that effort. Talk about not accepting election results? The Times even ran post-election op-eds calling for electors to change their vote.  And of course, the paper reveled in the street protests after Trump’s victory in the free and fair election.