‘It Makes You Cry’: Pathetic Hollywood Stars Moved to Tears By Biden Speech

Democrats and far lefties have been so desperate for a president that’s not Donald Trump that they were literally crying tears of joy during the first presidential address to the nation by a mushmouth, low-energy, septuagenarian dinosaur named Joe Biden. 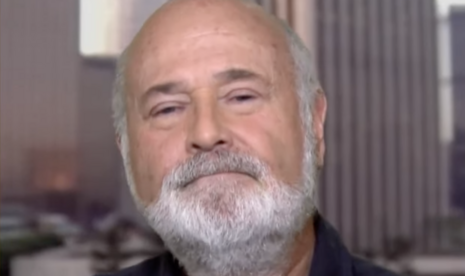 Biden might actually be driving the country into the ground. But his fans are talking him up as if he is an American messiah, rescuing us from a time of Trumpian darkness and incivility. The level of Biden butt-kissing done by Hollywood during the president’s speech was extremely high, so high that celebrities like Rob Reiner referred to the sluggish, meandering speech as an event that moved them to tears.

Really? The only thing people should have been crying about was that the almost 25 minute long speech from the stutter-in-chief wasn’t half that long. People are going to insist they were inspired and moved to tears by a half hour Biden snoozefest? Come on, man!

But, yes, it really is as pathetic as that. The director of When Harry Met Sally actually tweeted during the televised speech, “Thank God we have a real President. It makes you cry.”

There are no words for just how sappy this tweet is. Reiner’s just looking for attention. Who in their right mind could see Joe Biden as some inspirational U.S. leader? Then again, we’re not sure that the guy who claimed that Trump was bringing back the “Confederacy” has been all there lately.

Beauty And The Beast actor Josh Gad queued up the melodrama with his opinion of Biden’s televised address. He stated, “It is so nice to have an empath instead of a psychopath.” Yeah, take that, Trump.

Yeah, Biden’s nice guy act really helps add a calm appearance to the destructive policies of Democrats. Sure, Biden may have told America in the speech that they’d be at the mercy of fickle Fauci and his mask mandates in the future, and they need to fall in line on COVID protocol or there’d be more “restrictions,” but he did it with a calm demeanor.

It’s just like when the Biden team assures Americans to be calm because there’s “no crisis” at the border. Well, that sounds good and you know what? That’s what counts.

Actor John Cusack praised Biden in a response to someone who tweeted that they had “underrated” Biden as a presidential candidate. Cusack wrote, “I think experience – time maturity – suffering  losses – and at 78 years old – an attitude of what the fuck can they do or say at this point –  all that matters a lot.” Sure, Mr. Cusack. We all know Biden has 47 years of experience, but what has he actually done with it?

It seems like the Biden administration gives the American people complete garbage and expects us to put up with it. They tell us we need unity, and Biden’s signing radical leftist policy. He tells us he’s a man of faith, and he’s advocating for the dismemberment of unborn babies. He vowed to be the president for “all Americans” but he can’t make time for a press conference for the public 50 days after being sworn in. It’s literally been at least 100 years since the last president who did that. And when he does do his first prime time national address, he practically sells the vaccine accomplishments of the last administration as his own.

Who in their right mind would be inspired by this pathetic leader, much less moved to tears?