Climate activist James Murdoch has used his foundation to funnel more than $14 million to a leftist group that crusaded against America’s so-called “environmental racism.” 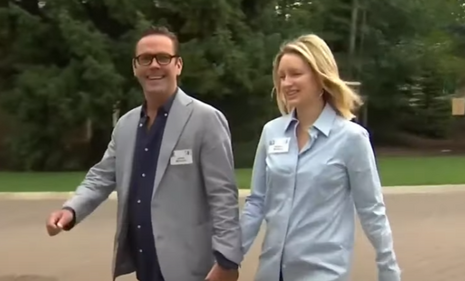 Murdoch, the estranged son of News Corporation Executive Chairman Rupert Murdoch, is notorious for being a hardcore eco-warrior. His Quadrivium Foundation gave a whopping $14,250,000 at least to the leftist Environmental Defense Fund (EDF) between 2013-2019. The funding to EDF is characteristic of James and his wife Kathryn’s leftist bent.

The couple also represents the epitome of climate hypocrisy. James has shown particular interest in taking carbon-emitting flights on a corporate jet and the couple finances a climate fund run by the world’s biggest investor in fossil fuels.

EDF signed onto an eco-activist letter April 26, 2021, demanding President Joe Biden and Congress enact a tyrannical, “federal Clean Electricity Standard (CES) requiring 100% carbon-free electricity by 2035.” America’s Power reported that this proposal would mean “mean eliminating the production of electricity from coal and natural gas within the next 15 years, even though fossil fuels provide more than 60 percent of the nation’s electricity.”

Eleven million dollars of Quadrivium’s funding — according to an analysis of documents and Foundation Directory Online data — went towards EDF’s MethaneSAT. That project is dedicated to the ridiculous notion of “[c]utting oil and gas methane emissions.” This is part of the group’s effort to “decarbonize our energy system.” Or get rid of carbon-based fuels — oil, natural gas and coal.

But that’s not all. The EDF held a string of events in 2020 exploiting the Marxist Black Lives Matter protests and riots. The riots caused up to $2 billion in damages in the “days and weeks following the May 25 police killing of George Floyd,” according to The Daily Mail. The organization tried to twist how “[c]urrent demands for racial justice have put the spotlight on environmental racism.” EDF had panned the U.S. as a “country hobbled by racism” in a 2017 blog post.

Institute for Sustainable Communities President Deeohn Ferris said during one recent EDF “environmental racism” event: “[E]nvironmental justice is the social and economic movement and the field that takes on the racial, economic and social root causes of the environmental, climate change and health impacts that hit people of color and other marginalized groups the hardest.” She praised the unruly Marxist Black Lives Matter protests that erupted across the U.S. in 2020 and celebrated COVID-19 as blowing “the lid off” of racism:

These past months, Black Lives Matter, the international racial and social justice protests worldwide, and the COVID-19 pandemic blew the lid off race, justice and equity seemingly everywhere.

Ferris also told companies later in the video to “usher equity into the economics of decarbonizing the globe.”

James Murdoch’s commitment to leftist eco-groups is hardly surprising. His wife Kathryn has a particular niche in climate change activism. The New York Times reveled in 2019 about her climate-based opposition to Fox News The article celebrated how she was dedicated to reportedly “countering the efforts of those” she would see as muddying “the scientific consensus that climate change is happening now, and it is driven by human activity.”

Kathryn reportedly called herself a “radical centrist,” but reporting by Capital Research Center’s Influence Watch suggests she is clearly left-wing. Kathryn was “formerly the director of strategy and communications for the Clinton Climate Initiative, and donated heavily to the Hillary Victory Fund.” Kathryn also is listed as a “commissioner” at the Bill Gates and George-Soros-funded Aspen Institute for its Commission on Information Disorder project. The “Commission” in particular was reported as “fully funded” by Craigslist founder Newmark, who had spent at least $170 million to “save journalism” and “beat” Trump.

The Murdochs being major backers of the extremist EDF is par for the course.

The Quadrivium Foundation website propagandized how “[w]e need urgent action on [climate change]—action that also drives innovation and investment.” But both James and his climate activist wife are very hypocritical when it comes to the issue of climate. The Daily Caller reported in February 2021 that James “racked up $2.2 million in personal [emission-spewing] flights on the corporate jet in his final 10 years as a Fox executive.”

It gets worse. The Australian Financial Review reported in July 2021 that the Murdochs were the “most prominent investors in a US$250 million ($335 million) fundraising round for BlackRock’s new ‘climate finance fund’ targeting ‘carbon-free infrastructure projects’ in the developing world.” Here’s the glaring hypocrisy as reported by AFR: BlackRock has been tagged as “the world’s largest investor in fossil fuels.”

So the climate-obsessed Murdochs seem to have no problem being investors in “the world’s largest investor in fossil fuels.”