A small yet distinct minority of (mostly black) NBA players have openly expressed their anti-coercion stance on the league’s vaccine mandates, drawing support from Texas senator Ted Cruz. While unvaccinated players may take encouragement from having a politician’s support, Jemele Hill has a very different outlook on the situation. 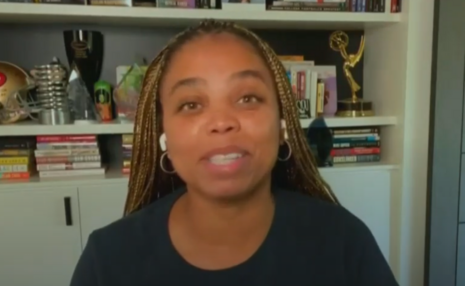 The former ESPN SportsCenter anchor and contributing writer for The Atlantic said on MSNBC that if Ted Cruz were supporting her in a cause she stood for, she would get sick.

“Let me say that if Ted Cruz was standing with me, I’d probably vomit a little bit in my mouth,” Hill said mockingly…You have to sometimes pay attention to who are the people egging you on and — quote, unquote — cheering for you. That tells you a lot about the stance that you’re taking.”

But it didn’t stop there: Hill further went on to say that it was the duty of all people of color to use their platform to advocate for the vaccine.

“I think there’s an opportunity there for players who have this kind of platform to speak directly to the people who are most impacted by this virus, and that would be Black and brown folks.”

Anyone assessing this situation will realize that this is Identity Politics 101.

Hill’s stance on this situation boils down to this: anything a conservative like Cruz would support must be inherently bad and should give people cause for concern if conservatives agree with what they stand for. Likewise, if you’re black, you have to support people getting the COVID vaccine, it is your responsibility as someone with your skin color.

The problem with this way of thinking is it eliminates the freedom for people to think critically free of the expectations of those within their demographic. But this is not how human reasoning works. Yes, you may be influenced by those in your demographic, but ultimately, no two people will ever look at every life issue the same way.

The NBA players who have chosen to not get the vaccine are free to make that choice on their own accord, and neither their skin color, potential supporters, or the bullying of those in their demographic should not dictate that.