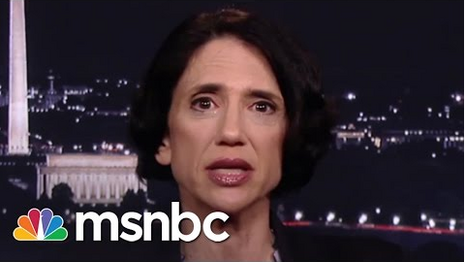 She attempted to explain what we already knew in “Why I dropped ‘conservative’ from my Twitter profile.”

Bowing to a reality that has already existed for many, many years.

Let’s be honest: There is no conservative movement or party today. There is a Republican Party thoroughly infused with racism and intellectually corrupted by right-wing nationalism. But there is no party that believes in less or small government (though expect the GOP to hypocritically resume singing that tune as soon as a Democrat steps into the Oval Office).

Let’s be honest. Jennifer Rubin has for a very long time been no different than your typical TDS hardcore leftist.

For now, the objective remains removal of Trump and obliteration of a party that has grievously betrayed democracy and abandoned simple decency and honesty. Whatever alternative to the toxic waste dump of the Trump GOP arises to replace it may be worth considering — but only if it embodies the most basic American creed (“We the people. . .”) and abandons veneration of authoritarianism.

Rubin is apparently so far gone in the leftist mode that she is beyond seeing the all too obvious cancel culture totalitarianism she has been embracing long before now making it official.