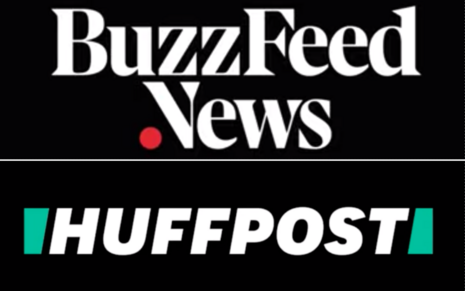 The notoriously leftist BuzzFeed is reportedly set to purchase the insufferably liberal HuffPost. When it’s over, Verizon Media will have a stake in both.

But that’s not all. The Journal noted that “Verizon Media is also making an undisclosed cash investment in BuzzFeed in addition to the stock deal for HuffPost, according to a person familiar with the matter.” [Emphasis added.] So, Verizon will have an ownership stake in both of the leftist outlets.

Apparently, the acquisition is happening because both publications are witnessing slumps in readership. As The Journal outlined:

BuzzFeed and HuffPost are combining amid a slump in web traffic for both properties. BuzzFeed’s traffic was down nearly 23% to 69 million unique visitors in October, compared with the same period last year, according to web analytics firm Comscore. HuffPost drew 36 million visitors in October, according to Comscore, a decline of about 5% compared with the year-earlier period.

This is not shocking given the kind of content both BuzzFeed and HuffPost have run on their platforms.

BuzzFeed was one of a number of outlets that tried to smear protests against the child pornography glorifying Netflix movie Cuties as being linked to a QAnon conspiracy theory. BuzzFeed’s story on the matter led off with a ridiculous headline: “The Netflix Movie ‘Cuties’ Has Become The Latest Target Of #SaveTheChildren Conspiracy Theorists.”

HuffPost, in typical fashion this year, exploited the coronavirus pandemic to fear-monger to readers about its threat to — wait for it — the access for abortions. The outlet’s story in March was headlined, “Abortion Access Is Under Threat As Coronavirus Spreads.”

Conservatives are under attack. Contact Verizon Headquarters at 212-395-1000 and demand that Verizon Media distance itself from BuzzFeed’s radical leftist propaganda.