Facebook’s latest bans include a purge of some Antifa accounts, which the left quickly defended. Leftist organizations and journalists themselves have covered for the banned groups, gaslighting that they are not tied to violence.

A joint statement was issued from It’s Going Down and CrimethInc, both of whom are associated with radical-left community organizing. They lamented how Facebook deleted several “anarchist and antifascist pages,” amidst the purge of  several militia and conspiracy QAnon accounts. This comes after Facebook revealed its new “Dangerous Individuals and Organizations” policy yesterday to crack down on groups the platform said are “tied to violence.” 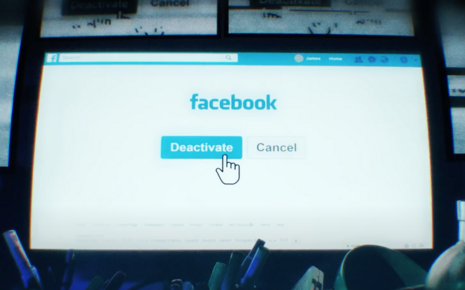 It’s nearly comical that these organizations accused Facebook of “actively cooperating with the Trump administration to suppress dissent.” The joint statement’s writers lamented the fact that the current Department of Justice is “attempting to do the same thing to Black Lives Matter activists, associating them together with neo-Nazis and white nationalists as ‘racially motivated extremists.’”

The authors of the joint statement outright denied far-left violence. They claimed Facebook’s policy change, “has nothing to do with stopping violence and everything to do with cracking down on social movements and everyday people getting organized in their communities.” In what appeared to be a half-hearted admission, the statement’s writers tried to explain that rioters’ defiance of state authority were legitimate because the government is the real bad guy:

“The definition of violence is not neutral. The way Facebook defines violence, it is legitimate for police to kill a thousand people per year while evicting, kidnapping, and imprisoning millions—it is legitimate to drop bombs on civilians, so long as the aggressor represents an official government.”

The biggest irony of the joint statement was when its writers defended free speech, despite the fact that Antifa reportedly stalks, intimidates, and assaults individuals for voicing ideas the group disagrees with.

“Facebook should not get to determine for you what constitutes responsible speech. Together, in solidarity, we can create a better world, in which no one of good conscience need fear that fascists, governments, or billion-dollar corporations can suppress their freedom of expression.”

The Informant writer and editor Nick Martin lamented in his newsletter that Facebook had “announced it was banning a number of left-wing groups, including some connected to the anti-fascist movement, as part of a broader purge aimed at organizations that have ‘demonstrated significant risks to public safety.’” He added specifically that “The move affected larger outfits like It’s Going Down, the anarchist news site, as well as smaller groups such as various John Brown Gun Clubs.”

Martin also wrote in a thread undermining the bans’ legitimacy: “As a reminder: Multiple news reports have shown that, despite claims from Trump and his administration, there is no real evidence that anti-fascists are to blame for violence at protests.”

New York Times tech reporter Mike Isaac aired his disdain for Facebook targeting so-called anti-fascists as well. He wrote, “amazing thing in this Facebook announcement, someone decided to add ‘antifa’ to the takedowns out of some knee-jerk impulse to show balance.”

NYT tech reporter Davey Alba claimed that “In my reporting there’s not been a single incident that Antifa has been tied *definitively* to concrete/real world harm.”

Contact Facebook headquarters at 1-650-308-7300 and demand that Big Tech be held to account to mirror the First Amendment while providing transparency, clarity on “hate speech” and equal footing for conservatives. If you have been censored, contact us at the Media Research Center contact form, and help us hold Big Tech accountable.